After Norway held its parliamentary elections last month, a new coalition government will soon take over running the country. This week, the two coalition parties published a policy statement, which will set the agenda for their term in office, including on a number of IT-related issues. 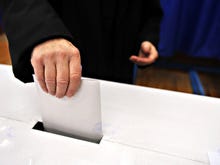 The most visible and concrete technology measure set out in the policy statement is that the new government will work to bring about better broadband for the country.

The government said it will aim for all citizens to get access to a 100Mbps connection. A 100Mbps downlink would be a dramatic increase on previous government targets on broadband: the Ministry of Government Administration, Reform and Church Affairs currently defines 'basic broadband' — the goal the government has set as the minimum Norwegians should have access to — as 2Mbps download and 250Kbps up.

Such a development is particularly interesting in rural areas outside of Norway's more densely populated areas, which have traditionally received less attention from ISPs and communications providers.

Here, the government said it is prepared to chip in the money required to ensure broadband development in areas where it would make little or no commercial sense for companies to invest heavily in infrastructure.

However, this fund will not just cover IT infrastructure: roads, railway and community transport projects will also benefit from the fund, and the new government has not disclosed how the money will be split between different industries.

The government also laid out plans to simplify the regulations around the rollout of broadband infrastructure. Today, the rules governing how fibre cables are dug into the ground is set by local municipalities. Under the current rules, cables must be laid in 70cm deep trenches, meaning the trenches themselves to account for 70 percent of the rollout cost.

The new government has promised to bring in new nationwide regulations, which it said will simplify the installation process and reduce costs for operators.

The new government's policy statement also contains more general directives with regard to IT.

On the subject of national security, the policy statement said the "government will define its responsibilities for security with regard to critical digital infrastructure, and gather the overall responsibility for it under a single ministry". Norway's preparedness for cybercrime and cyberattacks will also be increased, it added, including through better cooperation between military and civilian organisations.

The new government also want to simplify communication. Under the new administration, businesses won't have to report the same information to different government agencies more than once, while a new system will make all online public services accessible through a single login.

In healthcare, the new government plans to increase the use of telehealth technology, and will ensure that all hospitals can communicate patient information and records electronically between themselves.