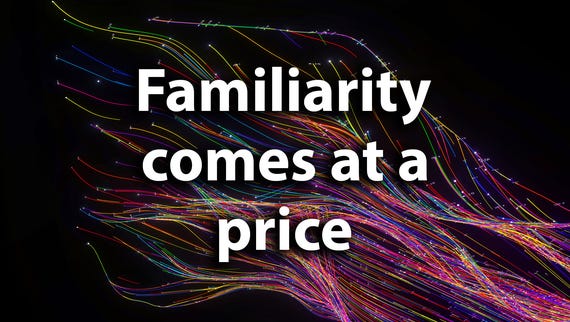 The past five years have seen robots move from a developing technology in a number of sectors to an indispensable tool supporting operations across a vast range of enterprises. Logistics, manufacturing, materials handling, inspection, healthcare... the list of sectors that have "gone robotic" in short order is long indeed, and with industries like construction and delivery reaching a tipping point, there can be no denying we're in the midst of a robotic renaissance.

We're also at a fulcrum moment. Automation technologies are maturing, developers are merging and standardizing engineering approaches, and technologies like AI and machine vision are intersecting to unlock a new wave of capability and efficiency.

In other words, it's an exciting moment in robotics. We surveyed some of the most respected and innovation-minded executives shaping the world of automation on what they expect in 2022 and beyond. The below predictions are from the front lines of the robotics world, and while challenges clearly exist, the future looks bright indeed.

#1. Interoperability is the next big hurdle

"With the growing maturation of the collaborative robotics world, there's a logical inflection point with end users that I'm beginning to see more frequently. Industries such as healthcare, e-commerce, logistics, manufacturing, and others are all adopting a second or third wave of robots. And in most cases, those robot purchases are different from the ones already in place. Interoperability is the next big challenge in robotics. If a robot from Vendor A doesn't communicate with a robot from Vendor B, then the end-user is going to have a problem on their hands. That was the challenge we've been tackling at a healthcare facility in Singapore since 2018, and one we continue to address through our Open-RMF initiative. It's not only vital that robots from different companies can communicate with each other, but this lingua robotica also needs to extend to other devices such as smoke alarms, elevators, and more."

#2. Creativity in robotics will flourish

"In the coming years, I'm excited to see more creativity and innovation emerge from the industrial robotics space. We're on the cusp of an industrial robotics renaissance, driven by software-first solutions, cheaper sensing, and more abundant data. When more developers and entrepreneurs also get to leverage cutting-edge AI, perception, and simulation tools - previously infeasible things may become highly practical, and those never-imagined become very plausible. It's going to be an exciting decade as industrial robots are reimagined in the context of our work and lives."

"2022 will be the year robot delivery finally takes off. Our analysis showed that during the first year of the pandemic, drones were used for medical applications in cities delivering samples and reagents from hospitals to laboratories faster than vehicles could drive across town. The overall performance and safety should convince naysayers that this can work in urban areas, not just rural areas."

"2022 will be the year recycling really advances toward an inflection point, driven by AI, robotics, and data capture, as well as a broader appreciation for the environmental and economic impacts of keeping resources in use. Both consumers and corporates have started pushing for greater use of recyclable material, and in '22, we believe this will combine with the capabilities of these new technologies to begin to transform the recycling industry. Importantly, these technologies are strengthening existing infrastructure and enabling the development of new infrastructure to maximize the volume and quality of recycled feedstock at a lower cost than what might have been possible previously, creating value for companies across the circular economy."

"In 2022, we expect to see self-driving commercialized, with sidewalk robots starting to see scaled deployment across major cities. After over a decade of R&D, for the first time, we will realize the economic value of autonomous mobility as the marginal cost of robotic delivery falls below the rising labor cost."

"When OTTO Motors sold its first autonomous mobile robot in 2015, AMRs simply hadn't existed before, and our earliest customers were making a bet on the future of our industry. Eight years later and thousands of AMRs successfully deployed, today's buyer is considerably more savvy about what to look for in an autonomous material handling robot. The most common questions today focus on the sophistication of the robot's software, system-level reliability, and the total cost of ownership of an installation. In early installations, the risk was adopting a new technology. Today, the risk is adopting proven technology from the wrong supplier. Downtime is the hidden killer of ROI."