The cost of getting full fibre-to-the-premises connectivity in the UK should fall next year, as BT Openreach has announced a drastic drop in the amount it charges other communications providers to resell its 330Mbps service.

Currently, Openreach charges the likes of Sky and TalkTalk £60 a month per customer for the service, which is largely aimed at small-to-medium-sized businesses. BT said on Wednesday that, as of June 2013, that price will fall to £38 a month. 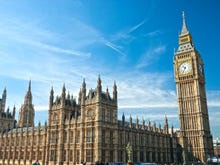 This applies to areas such as Bradwell Abbey that are officially fibre-to-the-premises (FTTP) enabled. However, BT will officially launch its FTTP-on-demand service in the Spring of 2013 and the company also said on Wednesday that it will charge communications providers (CPs) the same £38-a-month fee for that.

The FTTP-on-demand service is for areas which are only fibre-to-the-cabinet (FTTC) enabled — this accounts for most of BT's fibre footprint. FTTC only provides speeds of up to 80Mbps due to the fact that the old copper connection is used between the cabinet and premises, but the on-demand service will allow CPs to hook up individual premises for an extra one-off-fee that will average £1,500, depending on the distance between the cabinet and premises.

A BT spokesman told ZDNet that the price cut was intended to "stimulate growth in the market".

"If you're a small business in an FTTP area, it means you'll be paying less per month," the spokesman said. "If you're in an FTTC area, then from Spring next year you can either take FTTC or you can decide it's worth investing on average around £1,500 to get access to 330Mbps speeds and an upgrade path to faster speeds as they are delivered."

"The £1,500 will be charged to CPs by Openreach — whether CPs choose to pass on all of that charge [to the customer] is up to them."

It also remains to be seen whether the lower wholesale costs are reflected in CPs' final pricing for customers.