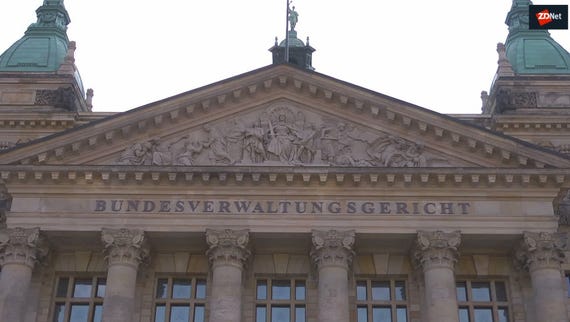 The company behind the popular Adblock Plus service has won an important legal victory in Germany, with the country's supreme court ruling that it does not break competition law by charging publishers for inclusion on its whitelist.

Adblock Plus has a rather controversial business model. It runs a whitelist of sites and services whose ads it does not filter out, because they are not annoying -- that is to say, they don't pop out, autoplay sound, or otherwise irk users.

However, while 90 percent of those on the list don't pay for the privilege, Adblock Plus charges the largest publishers, in terms of ad impressions, for inclusion.

The service, run by German company Eyeo, has in recent years been targeted with many lawsuits from publishers in the country, because they largely depend on advertising for their revenue.

So far, the only time the court has found against Eyeo was when a Cologne court ruled in 2016 that the company could not charge publishing giant Axel Springer for inclusion on its whitelist.

A Munich appellate court ruled the other way last year, in a separate case brought about by RTL Interactive, ProSiebenSat.1 and SüddeutscheZeitung. And now, with Eyeo having appealed the Springer ruling at the Bundesgerichsthof, or Federal Court of Justice, the Cologne ruling has been overturned.

The Bundesgerichsthof ruled on Thursday afternoon that Adblock Plus "does not constitute an aggressive commercial act" under German law, and Eyeo is not -- as Axel Springer claimed -- interfering with the freedom of the press.

There's nothing stopping the Bild publisher from shutting out users who are running ad blockers in their browsers, the court pointed out.

Claas-Hendrik Soehring, Axel Springer's head of media law, said in a statement following the ruling that the court's decision was "wrong" and the publisher will take the case up to the Bundesverfassungsgericht, or Federal Constitutional Court.

"We see in today's judgement a violation of constitutionally protected press freedom, as ad blocking purposefully destroys the integrity of online media and its funding," Soehring said.

"Programs such as Adblock Plus jeopardize the quality and variety of information services and thus harm the interests of the general public."

Springer also argued that Adblock Plus was breaking copyright law by altering its websites' underlying code.

Eyeo's head of communications, Laura Dornheim, told ZDNet that it was "ridiculous" for Springer to pursue the free-press issue up to the constitutional court, though it was within its rights to do so.

"The court said yesterday that there are plenty of ways for them to defend themselves against ad blocking and, more importantly, many other ways to finance high-quality content," Dornheim said.

She said it is untrue that decreasing advertising will lead to a dying media: "Springer are reporting double-digit revenue growth in their digital media department."

"Technically, Adblock Plus works on a user's computer -- there is no way for us to mess with Springer's source code," she said. "They can go to court with it. It's clear that part of their strategy is dragging us to court again and again."

Publishers have failed again in their attempts to have ad blocking ruled illegal.

Adblock Plus' Eyeo: Use Flattr to pay tiny sums for what you read online

Adblock Plus owner Eyeo is pushing its revamped Flattr micropayments service at users and publishers.