The iPhone 6 and iPhone 6 Plus are set to go on sale next month, arriving amid waning demand for the device from Chinese scalpers.

Following scrutiny of the two devices' security, Apple has finally gained regulatory approval from China's Ministry for Industry and Information Technology (MIIT) to sell the iPhone 6 and iPhone 6 Plus to Chinese consumers.

Following MIIT's approval, granted on Tuesday after grilling Apple over the security of its products, the company announced on its US website that it would make the devices available on Friday October 17. 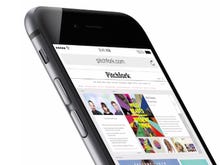 Apple will open Chinese pre-orders through its online stores on October 10, a week ahead of the start of official sales in the country. Customers will also be able to reserve new iPhones from October 14 for in-store pick-up starting on the Friday.

MIIT said it had reviewed the iPhone 6 for potential privacy risks and the "possibility of malicious use" stemming from "three background service programs for diagnostic tools".

The regulator said it had been given an assurance by Apple that it had made the malicious use of diagnostic tools "more difficult", as well as a commitment that it never works with government agencies of any country and that its products have never have a 'backdoor' installed.

The concerns appear to stem from the exposure this July of what forensics specialist Jonathan Zdziarski called a backdoor in iOS 7 — a claim that Apple denied and later explained. Despite the denial, Apple eventually fixed the iOS 7 issue Zdziarski brought out, noting in its iOS 8 support documents that "iOS 8 contains changes to some diagnostic capabilities".

MIIT noted that it intends to "strengthen the safer supervision and inspection" of certified smartphone products.

Along with tougher regulatory hurdles, according to the New York Times, Chinese scalpers are having a tougher time selling iPhone 6 and iPhone 6 Plus devices that have been smuggled into mainland China from Hong Kong ahead of the October 17 release.