Ubuntu Touch devices might be some time away yet , but its parent company Canonical is gradually building carrier support with Vodafone becoming its latest addition supporter. 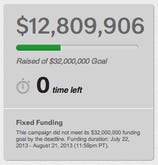 Vodafone last week became the 15th carrier to join Canonical's carrier advisory group, entitling it to behind-the-scenes briefings, an early look at Ubuntu's smartphone roadmap, and the chance for exclusivity deals if and when Ubuntu-powered devices come to market.

Other carriers in the group include Three, China Unicom, EE, Deutsche Telekom, Korea Telecom, Verizon, and Telstra. There's still no sign of Telefonica on the carrier group web page, though Canonical hinted it was a member, referring to a "leading Spanish international carrier" being onboard.

Vodafone's membership of the carrier group gives it a foot in the two main Linux-based camps that aim to carve out a viable alternative to Android. Vodafone has so far avoided supporting Mozilla's Firefox OS efforts, which are targeted mostly at emerging markets.

Vodafone is a long-time member of the Tizen Association, which has a strong line of big name OEMs and carriers. However, Tizen hit a snag recently after Japanese carrier NTT Docomo last month announced it would shelve plans to launch a Tizen device , citing a lack of demand for a third ecosystem beyond iOS and Android. Samsung was rumoured to be unveiling a Tizen-based phone at this month's Mobile World Congress, though its enthusiasm for the OS appears to have waned of late.

Canonical founder Mark Shuttleworth late last year told ZDNet's sister site CNET that it had locked in a set of agreements with household brands to ship Ubuntu on mobile phones at some point in 2014, but didn't clarify whether those brands were OEMs, carriers or contract manufacturers.

Seeing the OS ship on any device will be a major milestone for Canonical, but a more recent update from the company suggests the first devices will launch as part of limited regional rollouts, rather than a global push from one of the major OEMs.

"Longer-term we would love to see the major OEM/carriers shipping Ubuntu handsets. This is a long road though with many components, and I would be surprised if we see anything like this before 2015. When the major OEMs/carriers ship, this is when many of the ISVs will be on-board too," Bacon wrote.

"In the shorter-term there are smaller OEMs who serve a smaller region who see great opportunity in Ubuntu, and their costs and risk are smaller for them to trial a device. This is where we will likely see the first handsets shipping."

Join Discussion for: After Tizen, Vodafone puts a foot in the...