Amazon is facing a $250 million tax investigation by French authorities, the company disclosed on Friday in a filing with the U.S. government.

In a 10-Q filing with the U.S. Securities and Exchange Commission (SEC), Amazon warned that one or more of its subsidiaries in the European Union between 2006 and 2010 owes tax to the French government. The retail giant said that as a result it led to "ordinary course adjustments or proposed adjustments to our taxes," but also noted that it had not yet received a final assessment from the French Tax Administration (FTA).

"We received proposed tax assessment notices for calendar years 2006 through 2010 relating to the allocation of income between foreign jurisdictions." Amazon said the notices propose additional French tax of "approximately $250 million," including interest and penalties during this period.

"We disagree with the proposed assessment and intend to vigorously contest it," Amazon said in the filing. "We plan to pursue all available administrative remedies at the FTA, and if we are not able to resolve this matter with the FTA, we plan to pursue judicial remedies."

Amazon has an extremely complicated structure in Europe, not least so it can cut down its tax bills across the region — notably in the U.K. where the company faces increased pressure by lawmakers to pay the expected amount of corporation tax.

The company first said it was under investigation by the U.K. authorities in April 2012. Despite making around $12 billion in sales during the three years prior, it was believed to have avoided paying tax on its profits after its U.K. sales business was transferred to a Luxembourg-based entity back in 2006. 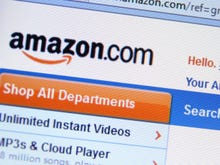 Amazon operates in the U.K. as an "order fulfilment" and delivery service, while sales are conducted between U.K. consumers and sales teams at Luxembourg-based Amazon EU Sàrl.

Luxembourg has a far lower tax rate than the U.K., which over the last five years has seen an average corporation tax rate of around 25 percent.

When Amazon's director of public policy Andrew Cecil was hauled up in front of a U.K. parliamentary committee  in November, he failed disclose sales figures that would determine how much tax Amazon should have been paying in the country, citing reasons of confidentiality. He was criticized as being "not a serious representative" for Amazon, and was lambasted by the committee's chair, Margaret Hodge MP, for offering "absolutely no information."

Amazon's European structure was also disclosed in the intended leak, with much of the site's sales-generating operations based in Luxembourg, including figures relating to Amazon's media and application store operations.

Once U.K. lawmakers sunk its political teeth into the retail and sales giant, other European countries followed suit.

Amazon is also fighting the U.S. Internal Revenue Service for a $234 million unpaid tax bill . The knock-on effect to other technology firms could be significant if the U.S. federal tax agency wins the case because software assets, which are difficult to value, would then affect how much that firm would pay in tax.

We've put in questions to Amazon, but did not hear back at the time of writing.