Full Bio
Posted in Between the Lines on January 14, 2016 | Topic: Processors

AMD is bolstering its chip portfolio with a new ARM processor designed for data center needs across developing server and embedded networking markets. 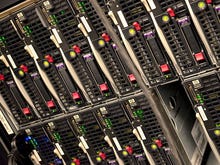 AMD boasted that the A1100 is its first 64-bit ARM Cortex-A57-based platform as its makers prepare the chip for software-defined networking and storage functions as well as Web and networking workloads.

AMD revealed the Opteron A1100 SoC has already gone through advanced development stages with select customers for several quarters.

Among some of the collaborations already underway include open software development involving Red Hat and SUSE and a partnership with storage and compute company Silver Lining Systems to integrate SLS fabric with the chip for handling workloads directed toward cloud and hyperscale data centers.

Nevertheless, the A1100 SoC is available in mass production quantities, starting today.