Don't feel like waiting on your carrier to send you the Android 6.0 Marshmallow software update? You can roll your own provided you have a relatively recent Sony Xperia phone or tablet and don't mind doing a little work. 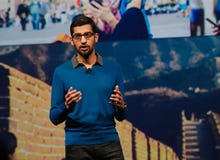 The effort is part of Sony's Open Device program to help developers while also providing enthusiasts early access to the latest Android software.

Of course, you'll need more than just the binaries, drivers and supported device. You'll also need the know-how to actually build Android 6.0 for your phone or tablet. Google's main Android site provides the list of requirements and instructions to do that and Sony offers up its own details.

Keep in mind that if you go this route to preview Android 6.0 on your Sony, you won't be installing Google Android but instead will have the pure non-Google version of Android. That means without some additional tweaks and installs, you won't have access to Google's range of apps and services.

Join Discussion for: Sony lets you build Android 6.0 yourself...