Apple's reported purchase of NoSQL database firm FoundationDB was preceded by its acquisition of Acunu, an analytics and database firm founded in the UK.

It seems Apple's appetite for NoSQL database talent has been growing for some time, with the company now believed to have purchased two such firms in recent times.

It emerged on Wednesday that Apple had acquired FoundationDB, a NoSQL vendor that offers a high-performance transactional database suited to distributed hardware environments. 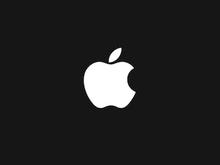 How Pixar, National Geographic make Apple work in the enterprise

The IT heads for both organizations were on hand at the JNUC to explain how their companies deploy, manage and utilize Apple products throughout their organizations.

However, according to Bloomberg, Apple has confirmed it also acquired Acunu, a small British analytics startup that built its tech on the NoSQL database Cassandra.

According to analyst firm Bloor Research, while Acunu vanished from view early last year, there was no record of it having gone out of business. According to Bloor, a company search on Acunu revealed that in December 2013 it appointed the former director of Novauris Technologies - a speech recognition firm that Apple acquired earlier that year supposedly to finetune Siri - as its new director.

ZDNet has asked Apple about the timing of its acquisition and will update the story if it receives a comment.

Exactly how Apple plans to use FoundationDB isn't known, though it's been speculated that the acquisition is part of a drive to sharpen up its cloud services. As for Acunu, its technology would be well suited to Apple's extensive Cassandra deployment, which, according to the Apache Cassandra project, is one of the world's largest, with over 75,000 nodes that store over 10 petabytes of data. Cassandra is also used by CERN, Netflix, and Instagram, among others.

One common thread between Acuna and FoundationDB is that following Apple's acquisitions, both firms shut up shop, leaving the developers that used their technology in the lurch. As many developers on The Hacker News have pointed out in response to FoundationDB stopping downloads of its software, the "acquire-hire-kill" cycle is one of the risks of building on top technology from a startup.