Full Bio
Posted in Between the Lines on February 21, 2014 | Topic: Mobility

Apple is apparently stocking up on mobile developer tools based on reports that the iPhone maker has bought Burstly, a company that touts itself as a provider of "solutions for the app lifecycle." 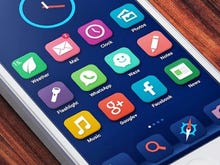 14 features we want to see in iOS 8 Apple's next-generation mobile software is expected to land on devices in September, along with a new iPhone. Here are some of the improvements and features we hope to see.

For the beginning of that lifecycle, Burstly offers TestFlight, a free testing ground boasted to be used by everyone from students to the Fortune 500 for mobile app development.

After making it to app stores, Burstly's follow-up product is SkyRocket, a mobile app monetization toolkit for both iOS and Android.

Apple famously does not usually comment publicly about its acquisitions, as it noted in its statement provided to Re/code earlier on Friday. The news was first reported by TechCrunch this morning.

Burstly has also not commented on the matter, although the company did just alter its privacy policy for both TestFlight and SkyRocket on Tuesday.

The acquisition of Burstly follows a string of mobile development-focused purchases for Apple. Here's a recap of a few more during the last several months:

Financial terms of the deal have not been revealed.

Join Discussion for: Apple said to have bought mobile software...