Full Bio
Posted in Between the Lines on November 14, 2017 | Topic: Mobility 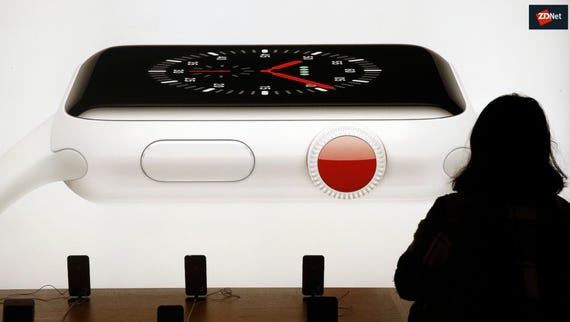 Researchers studying the healthcare implications for modern wearable devices have found that wrist-worn gadgets like Apple Watch and Fitbit can be used to accurately detect hypertension and sleep apnea.

The research claims that data from wearable heart rate sensors, when combined with machine learning algorithms, can surface hidden patterns that predict whether a person is at risk for certain health problems.

The study was conducted by health startup Cardiogram and UCSF and followed more than 6,000 subjects, some of whom had diagnosed hypertension and sleep apnea.

More broadly, the research aims to spur business development around the use of wearables within preventive medicine.

With health and wellness concerns expected to drive growth in the wearables market, tech giants have been keen to develop systems that could further expand wearables use within the broader healthcare market. Apple has proactively pursued health care apps for its operating systems and Apple Watch, and has filed patents for health-related wearable tech like emergency-detecting sensors. Apple is also involved in a heart rate study in partnership with Stanford University.

As for the Cardiogram study, Ballinger said the results will soon go into the peer review process to validate whether wearables can be used as screeners for major health care conditions. He also noted that Cardiogram hopes to expand the focus to new conditions like pre-diabetes and diabetes.

A new patent application describes using Apple Watch sensors to detect emergencies and summon help when the wearer cannot do so.