First things first. I'm not big on April Fool's Day jokes. But I have come across three already today which I thought were particularly interesting or amusing. The first was at Distrowatch, where they announced the "new" release of Slackware Linux 1.0, available immediately on 24 floppy disks... I had to smile, because I remember the real release of Slackware 1.0, and I remember getting Linux on floppies... In fact, I remember when AIX came on more than 100 floppies... oops, sorry, had a bit of a "Senior Moment" there...

The next one actually took my breath away for a second or two. I'm keeping an eye out for the next rollup release of PCLinuxOS, but when I got to the web page today... well, look for yourself. Then a bit later I went to look for something at Debian GNU/Linux, and my spirits were lifted, if only briefly, by The Canterbury Distribution.

Ok, now, to put a bit of flesh on the bones of this post... If, like me, you have been interested in seeing how Ubuntu is coming along... but, like me, you haven't even been able to get any of the Alpha releases or Daily Builds to boot properly, much less install, then there is good news. 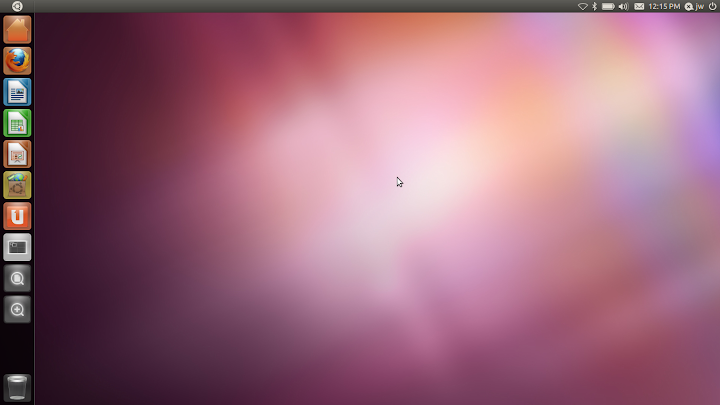 Ubuntu released 11.04 (Natty Narwhal) Beta1 yesterday, and so far it has installed on everything I have tried. REMEMBER, this is a Beta release, it is not meant for production use, nor for reviewing, so this is going to be very brief. Besides the positive surprise of the LiveCD booting and installing on everything, I have seen so far that it includes the brcm80211 driver with the necessary firmware files, so the Broadcom 4313 WiFi adapter in various of my netbooks works out of the box. That is especially good news because not only does it save you a step or two, but more importantly the brcm80211 driver works much better than the STA driver which was being loaded for it on Ubuntu previously. I have also seen that this Beta includes version 1.3 of the synaptic driver, so it works just fine with the "ClickPad" on the Lenovo IdeaPad S10-3s.

So, if you are interested in Ubuntu 11.04 and the Unity desktop, and you would like to try a preview of the next release, your chances of success are better with this Beta release than they have been with the Alphas. Personally, I still don't like Unity but I suppose that's ok, I don't think I fit their target audience.