Sign language translators are scarce. If you're hearing impaired, that's a huge problem.

Three engineering students from the University of Antwerp have novel solution: Cheap 3D printed humanoids that can translate to sign language on the fly.

It's a solution that's only become possible with the converge of 3D printing, the massive popularity of microcontrollers like the Arduino Due, and falling prices for robotics components. It's also the kind of "why didn't I think of that?" idea we'll see more of in the field of robotics as barriers to development keep falling.

The project, known as Aslan, started in 2014 when masters students Guy Fierens, Stijn Huys and Jasper Slaets first became aware of the dearth of sign translators. ASLAN is an abbreviation which stands for: "Antwerp's Sign Language Actuating Node." It's sponsored by the European Institute for Otorhinolaryngology. 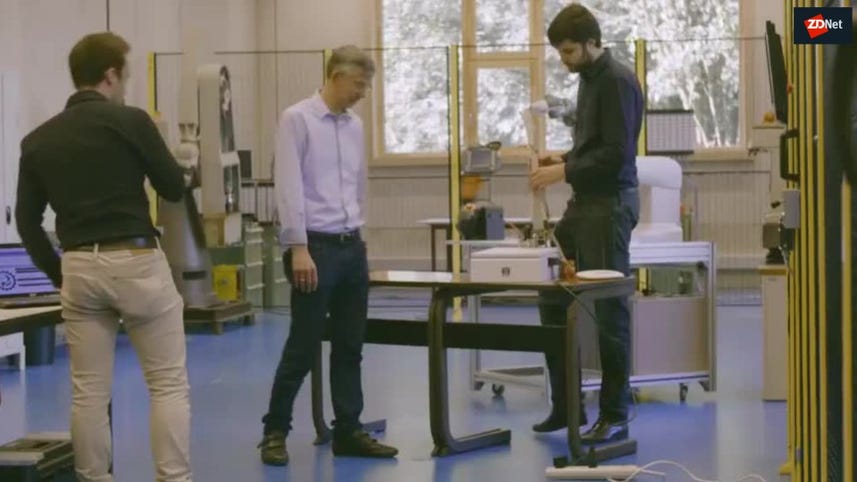 The current iteration of the project is a 3D printed robotic arm that has the ability to convert text into sign language. It features 25 3D printed parts, 16 servo motors, 3 motor controllers, and an Arduino Due brain.

The next phases of the project will add a second arm and eventually facial expressions via a robotic face. Speech-to-sign will also be possible as voice recognition software advances.

The Antwerp engineers say their mission is not to replace human translators, but rather to fill a glaring and demonstrable deficit. The lack of qualified translators is primarily a result of the worldwide paucity of sign translation courses.

Plans for the arm are available for free on 3D Hubs, a network of 3D printing services that reaches 140 countries. Plans for future components will be uploaded as the project advances.

Icelandic regulators are allowing Flytrex and online marketplace AHA to use drones to deliver packages across the capital city -- but there's a catch.