Full Bio
Posted in Between the Lines on December 7, 2013 | Topic: Security

AT&T shareholders are being shut out from receiving information on any co-operation between the cellular giant and the U.S. government, despite leaks that suggest a close relationship with the telecoms industry and federal intelligence agencies.

In a letter obtained by the Associated Press, AT&T said it wasn't required to disclose to investors and shareholders what it does with customer data. 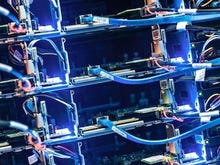 The letter, sent on Thursday to the U.S. Securities and Exchange Commission (which has not yet been published), AT&T said it complies with government data requests "only to the extent required by law."

It comes after a November 20 letter from activist shareholders Trillium Asset Management and New York State Common Retirement Fund, which both filed proposals ahead of an early 2014 shareholder meeting.

The American Civil Liberties Union (ACLU) of Northern California, among others, also joined the shareholders' efforts.

The letter also reportedly said any assistance the company offers to aid the government's foreign intelligence surveillance activities is all but certainly classified.

AT&T said the submitted proposal was "over-broad," because the six Internet companies referenced in the shareholders' letter are not allowed to publicly disclose such information in any transparency reports.

Earlier this year, the Electronic Frontier Foundation (EFF) said AT&T does not require a warrant for content of information, nor does it tell users about government data requests or publish a transparency report.

Scoring just one out of six stars according to the EFF's chart, Verizon scored zero.

Verizon, which was sent the same letter as AT&T, has not publicly responded to shareholders' requests. 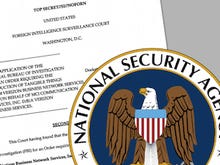 A Verizon spokesperson  previously told ZDNet it had "no comment"  in regards to whether or not the telecoms giant will join other Silicon Valley companies in challenging a secret government court ruling, which allows federal intelligence agencies from accessing massive amounts of U.S. citizen, foreign national, and Verizon customer data.

The company also declined to comment on whether it was subject to a secret court order.

Earlier this week, The Washington Post broke the story that the NSA collects as much as 5 billion cell location records a day , based on the latest cache of Snowden leaked documents.

While the names of the companies were not disclosed, considering existing leaks and other previously reported disclosures from whistleblowers in the late 2000s, both AT&T and Verizon could likely top the list of prime suspects.