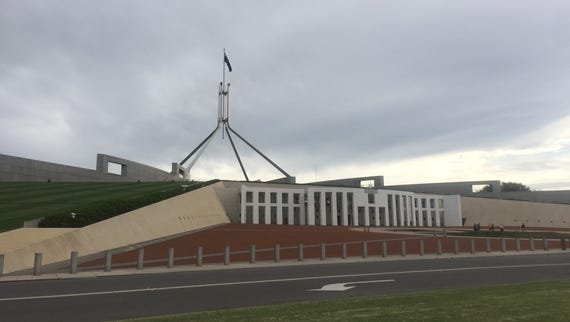 The Enhancing Online Safety (Non-consensual Sharing of Intimate Images) Bill 2018 [PDF] was passed by the House of Representatives on Thursday after passing the Senate back in February.

Under the legislation, individuals could face civil penalties of up to AU$105,000 and corporations of up to AU$525,000 if they do not remove an image when requested to by the eSafety commissioner.

Attorney-General Christian Porter added that thanks to amendments to the Criminal Code Act 1995, perpetrators could face criminal penalties of up to five years' imprisonment for transmitting private sexual material, and up to seven years for transmitting such material if they already have three civil penalty orders against them.

"The Turnbull government is acting to combat this violation of a person's freedom and dignity," Communications Minister Mitch Fifield added in a statement on Thursday afternoon.

"The new laws will actively discourage potential offenders through both civil and criminal penalties which complement existing state and territory laws."

Porter explained that the purpose is to provide simple access to a civil regime for this "terrible and mean-spirited behaviour", which is then backed up by a criminal regime for those who persist.

"When we've spoken with people who've been individual victims of this type of behaviour -- which is terrible behaviour, obviously -- what they say is what they really want is some ability to really quickly compel that person to stop doing it and to compel people who've received it to take it down if it's posted on Facebook or to remove it if it's been texted or emailed to someone," Porter told 6PR on Thursday afternoon.

"And so we've set up this civil penalty regime, which basically allows for this really quick take-down, if you like, of that type of posting. In addition to which, we've looked at the existing offences and we've toughened them up, so that it will now be the case that if you send an image which we have defined as a private sexual image of someone and you do that in a way that's unreasonable -- including, obviously, consideration as to whether or not the person consented -- then you can face a penalty of five years.

"If you do that and you've been the subject of three or more of these civil penalty orders -- which is the regime that sits underneath it -- then you can be guilty of an offence with a penalty up to seven years."

The government had committed AU$4 million over four years in the 2018-19 Federal Budget to implement the civil penalty regime and support the eSafety Office.

The law's passage follows the Australian Parliament in June last year passing legislation to improve the reporting and supporting mechanisms of online safety issues by expanding the role of the eSafety Commissioner to be responsible for the online safety of all Australians.

Julie Inman Grant was appointed eSafety commissioner by Prime Minister Malcolm Turnbull in November 2016, with the government at the time saying the office would develop an online reporting platform in which it had invested AU$4.8 million in October.

In June this year, the government said it would be reviewing whether online safety in Australia is "effective and relevant" through two independent reviews of the Enhancing Online Safety Act 2015 as well as Schedules 5 and 7 of the Broadcasting Services Act 1992.

Former Australian Public Service Commissioner Lynelle Briggs is leading the two reviews of the legislation that sets out the powers, functions, and governance arrangements for the Office of the eSafety Commissioner.

"The reviews will ensure we continue to have the right controls and support systems in place to protect Australians against harmful online content and ensure people can confidently participate in the online environment," Fifield said in June.

"We are focused on ensuring we have the right measures in place to address illegal or offensive content, and that the Office of the eSafety Commissioner has the appropriate powers to help Australians if and when they need it."

As part of its review, the federal government is seeking submissions on Australia's online safety regulatory framework, including the operation and effectiveness of the Office of the eSafety Commissioner and the Online Content Scheme.

The eSafety Commissioner is an independent office that sits under the Australian Communications and Media Authority (ACMA).

Created by the Enhancing Online Safety for Children Act, the Office of the Children's eSafety Commissioner was launched in 2015, with the aim of removing cyberbullying content online and dealing with complaints about offensive and illegal content.

The eSafety commissioner has the authority to force social media companies that operate in Australia, including Twitter and Facebook, to remove content deemed to be online bullying, or face fines of AU$17,000 per day.

The Australian government is reviewing existing online safety legislation to ensure the framework can still appropriately protect those moving through cyberspace.

The eSafety Commissioner's remit has been expanded beyond children to provide reporting and supporting mechanisms for all Australians online.

The Office of the Australian Information Commissioner will be conducting assessments of government agencies over the coming year to confirm their compliance under privacy obligations.

Online security 101: Tips for protecting your privacy from hackers and spies

This simple advice will help to protect you against hackers and governmentsurveillance.