The UK's accounting watchdog had said it is investigating the financial reports of software firm Autonomy in the two and a half years prior to  its $11bn (£7bn) takeover by HP in August 2011. 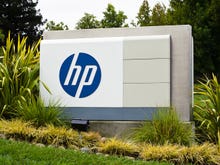 HP looks as bad a deal as Autonomy HP is blaming hidden flaws in Autonomy's books for the loss of billions of dollars. But the deal has highlighted glaring flaws in HP's bigger story.

The Financial Reporting Council (FRC), which is responsible for accounting and auditing standards in the UK, is examining Autonomy's published financial reporting between 1 January, 2009 and 30 June, 2011.

In November, HP claimed former members of Autonomy's management team had inflated the underlying financial metrics of the company to "mislead investors and potential buyers". HP wrote down the value of the Autonomy acquisition by $8.8bn in its 2012 fourth-quarter earnings. It attributed most of that figure — some $5.4bn — to "accounting improprieties".

"We note the announcement by the FRC that it has begun an investigation of the financial reporting of Autonomy for the period from 1 January 2009 to 30 June 2011," Lynch said in the statement.

"As a member of the FTSE 100 the accounts of Autonomy have previously been reviewed by the FRC, including during the period in question, and no actions or changes were recommended or required.

"We welcome this investigation. Autonomy received unqualified audit reports throughout its life as a public company. This includes the period in question, during which Autonomy was audited by Deloitte.

"We are fully confident in the financial reporting of the company and look forward to the opportunity to demonstrate this to the FRC," he wrote.

The FRC, which promotes corporate reporting and governance standards for companies, auditors, actuaries and accountants, has a number of sanctions at its disposal in the case of wrongdoing. Disciplinary measures include fines and professional bans.

ZDNet contacted HP about the FRC investigation but a spokeswoman said it has yet to formulate a response.