How can CIOs use bimodal IT to their advantage?
Written by Mark Samuels, Freelance Business Journalist on April 5, 2017 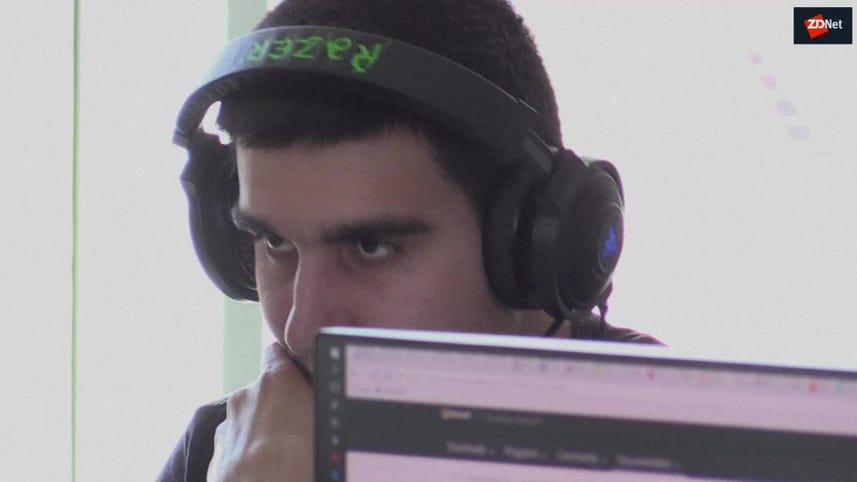 Bimodal IT has had a rough ride since analyst Gartner introduced the model in 2014. Some experts suggest the framework, which involves working on operations and innovation simultaneously, is nothing more than CIO best practice. So is bimodal IT a useful concept -- or just another industry buzz-phrase?

A recent debate held by cloud company Rackspace looked at the case for bimodal IT, and how the model could help foster business support for innovative technology projects.

Five ways to build a happy and engaged team

Managers should develop their teams, not just lead them. Here's how.

Making a business case for bimodal IT

"You would have hoped by now that the management teams would have more experience in how to make the most of IT, but that isn't necessarily the case," says Hudson. "You might have a young chief executive or senior manager that is IT literate, but there is a gap between practitioner- and user-knowledge. IT is often a hard sell."

The good news, says Hudson, is that bimodal IT -- if used in the right way -- might be a good way to help the rest of the business understand the value of IT, and to help it make the most of the technology that it owns and runs. By continuing to maintain operations, while also making a business case for change, CIOs might find support for their ideas.

"You've got to make something happen. You need to run enough projects successfully to garner trust. There's nothing else to it -- get things right and the business will allow you to go off-piste," says Hudson.

"What's happening in IT is that it's becoming abstracted and less about the technology. That's exactly as it should be -- I want to create solutions to business challenges. I hope the abstraction process continues and there will be even less focus on the technology and more on the business outcomes."

Understanding the role of the cloud

The need to focus on outcomes chimes with Paul Pogonoski, director at Capgemini, who says there has been much talk about 2017 representing a tipping point in the use of the cloud. Evidence from his firm suggests the chatter is correct. "Last year, we were knocking on doors -- now, they're knocking on ours," he says. "2017 is the year that everyone realises it's cloud or nothing; that's definitely happening."

Pogonoski says the democratisation of IT knowledge is the best explanation for the move towards on-demand technology. The trend that started with the web in the 1990s, and which took a foothold with mobile applications, is finally hitting the mainstream. Line-of-business executives can use the cloud, and platforms such as Amazon Web Services, to start a new service themselves on-demand.

Moving to the cloud? Three things to think about before you make the jump

Cloud computing is a hot tech trend, but not without potential pitfalls for the unwary. Here are a few to consider.

"This is proper democratisation," says Pogonoski. "You're getting traditional enterprises, like banks and insurance companies, that are developing business units that are dedicated to digital. These organisations have realised they must compete."

Such spinoff units, says Pogonoski, are a good example of bimodal IT, with firms keeping the business running while simultaneously trying something new. However, it is crucial that CIOs do not view bimodal IT as a "get-out-of-jail free" card. At best, bimodal IT is a transitional stage and executives should prepare for constant change instead.

"There's an inherent danger in bimodal IT. Traditional, laggard CIOs can go to the board, talk about the need to maintain operational IT and justify not changing. That's very dangerous. IT infrastructure only exists internally because we had no other way of running IT. Now, because of the cloud, we do," says Pogonoski.

"Businesses are fundamentally changing. In finance, a new competitor might come up with a completely new product -- and, in traditional businesses, it might take you 12 months to respond. So, get used to change, embrace it and work with it. Enterprise IT must stop locking things down. If you do that, your business will change for the better."

Using bimodal IT as part of the CIO toolkit
Bimodal IT, therefore, could help IT leaders sell the power of innovation. Yet Hudson says CIOs should avoid relying on the concept of bimodal IT. Line-of-business executives have already been bombarded by over-hyped technology catchphrases, and nebulous phrases do little to improve negative perceptions associated to IT.

"I wouldn't use the phrase bimodal IT internally -- it would drop like a lead balloon," says Hudson. "Ultimately, as IT leaders, we want to change people's perceptions and ideas -- so how do you go about it? We've done it by taking the CFO aside and talking about strategy. I might also take a bimodal approach myself and run a very small project."

Hudson says a lot of the projects his firm executes are, by definition, bimodal IT. "We must prove the projects will work -- so sometimes we might go for a big bang implementation in customer services, but those sorts of big projects often rely on smaller initiatives first," he says, outlining how he might have to get buy-in from 20 or 30 people around the globe.

"Project rollout requires a very nuanced approach," says Hudson. "We want to get people engaged and to get them to think about IT in a different way. As CIOs, we must encourage people across the business to think that technology-enabled change is a great idea. Bimodal IT can help to promote a more positive version of IT."

The key to success, says Hudson, is to use bimodal IT to help create positive outcomes. In the end, all the business cares about is results. Hudson says bimodal IT can help people lower down the ladder to make the most of IT, to experiment, and to create the positive results the business demands.

"There isn't a silver bullet -- what there are is broader business objectives that, as IT professionals in a company, we're aiming to meet," he says. "Bimodal IT is just another tool. The clever way to work is to address what this tool means and how you can use it to improve the way the business works."