Full Bio
Posted in Between the Lines on March 5, 2014 | Topic: BlackBerry

Will BlackBerry recover from its financial struggles and once again turn a profit? BlackBerry chief John Chen is at least honest -- and sees the company's future as a coin toss.

In an interview with the Financial Times conducted during Mobile World Congress in Barcelona, Spain, BlackBerry's CEO said that recovery and restructuring strategies have a "50:50 chance" of success.

Where there is a chance, there's hope, right? Despite the company's financial woes, Chen remains optimistic, saying during the interview: 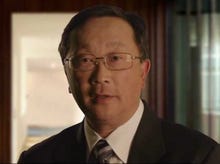 BlackBerry's latest revamp: New CEO Chen a big plus, but... John Chen turned Sybase around and sold the company to SAP. But can Chen formulate a new strategy for BlackBerry, which raised $1 billion in additional capital, to return it to past glory?

Chen says that in order to secure the company's future, "execution" is key. As a result, industry veterans now fill up the management team, and the new chief plans to turn BlackBerry back to its "heritage and roots" -- enterprise-based, end-to-end mobile solutions.

To further this plan, BlackBerry teamed up with Taiwanese electronics manufacturer Foxconn in the creation of the under  $200 Z3 BlackBerry handset . According to Chen, the two companies are already in talks over the production of a second device.

Chen took over the company only months ago, and poor financial performance has ramped up the pressure to turn BlackBerry around. Originally slated as an interim CEO, Chen took over after BlackBerry's largest shareholder, Fairfax Financial, failed in its attempt to buy out the handset maker.

The Canadian smartphone maker hasn't had it easy. BlackBerry's Q4 financial results were worse than expected , accumulating a $4.4bn loss overall due to restructuring costs, write-downs and one-time charges. In total, BlackBerry announced losses of $0.67 cents per share on revenue of $1.2 billion, down from $1.6 billion in the previous quarter. However, the firm's enterprise segment did fairly well, and the handset maker said it has 80,000 separate customers running its government-grade security enterprise back-end services.

Chen hopes that BlackBerry's cash flow will be positive by the end of the current fiscal year, and the company will once again turn a profit by the end of March 2016.

Join Discussion for: BlackBerry CEO: Company recovery is a coin...