NEW YORK — BlackBerry said it has "no plans" to issue a transparency report in the wake of the leaks that revealed the scope and scale of the U.S. government's surveillance programs. 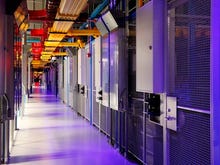 Will it make it harder for the U.S. government to acquire your customer and business data? Not really. But at least soon it might have to knock directly on your door.

John Sims, BlackBerry's enterprise chief, confirmed at an event in New York that the company will not issue any such report, which is commonly issued by tech companies to disclose how many government data requests it receives on an annual or quarterly basis.

This move runs against the grain of what many other Silicon Valley giants reveal about data requests, including subpoenas, search warrants, and in some cases national security requests.

Google, Microsoft, Yahoo, and Facebook, among others, have issued dozens of statements over the course of the past few years, and have intensified and become increasingly expanded as the hunger to know what the U.S. government and other nation states are requesting from companies that store vast amounts of customer data.

Following criticism by shareholders and privacy groups, Verizon and AT&T — the former which was directly implicated by the Edward Snowden leaks and the bulk metadata collection program  — began to issue similar reports in order to quell fears that the NSA was "listening to phone calls"  and viewing other data.

After the Snowden leaks came to light, companies lobbied and filed lawsuits in order to disclose more about requests made under the Foreign Intelligence Surveillance Act (FISA). This allowed the companies to publish ranges of secret surveillance data requests so long as they were delayed by six months.

In an interview with Reuters on Wednesday, BlackBerry chief executive John Chen said security had become more important to businesses and government since the Snowden disclosures.

However, part of that report was discounted by Chen earlier on Wednesday.

Join Discussion for: BlackBerry has 'no plans' to issue transparency...