It's been a few years since BlackBerry made an acquisition, but the company announced on Tuesday it will invest in clinical systems vendor NantHealth to step up its game in the healthcare sector. 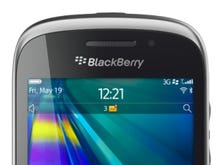 The move reflects some of the new directions BlackBerry's CEO John Chen has previously said he wants to take the company in.

"BlackBerry's capabilities align closely with NantHealth's and this investment represents the type of forward-looking opportunities that are vital to our future," Chen said in a statement.

"Healthcare is one of the key industries in which we have unique advantages and this investment reflects our commitment to maximize our opportunities there," said Chen.

NantHealth's systems are currently deployed at 250 hospitals and connect 16,000 devices.

Key technologies the two say will be useful in their future collaboration include BlackBerry's upcoming encrypted version of BBM called BBM Protected, and QNX, which would be combined with NantHealth’s own clinical OS, and cloud-based analytics.

The acquisition will, according to Reuters, lead to a new smartphone designed specifically for the healthcare sector. The companies are still hashing out the exact details of the collaboration, however, a BlackBerry spokesperson told Reuters a healthcare device, which will be optimised for 3D imaging and CT scans, will launch by late 2014 or early 2015.

BlackBerry's minority stake in the NantHealth follows last week's denial by Chen that he would consider selling its handset business . The CEO has highlighted the importance of enterprise services, software, and messaging to rebuilding BlackBerry, in addition to new opportunities for QNX he sees in machine to machine technologies needed to underpin the growth of the Internet of Things.

Financial details of the deal were not disclosed, although Reuters reports BlackBerry has taken a minority stake.

NantHealth's founder Patrick Soon-Shiong said the pairing had the potential to put "the power of a supercomputer in the palm of the caregiver's hand".