Brazil is making progress in the adoption of of next-generation protocol for Internet networking IPv6, according to new research. 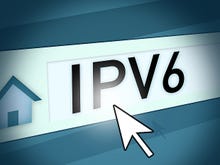 ​The last seconds are ticking off the U.S. IPv4 network clock

ARIN reports it only has about two to four weeks of IPv4 Internet address blocks left.

According to data released by Google, 23.6 percent of Brazilian Internet users now access the Internet through the new addressing protocol.

As well as solving the issue of IPv4 address exhaustion, IPv6 adds a number of additional features in areas such as mobility, auto-configuration and overall extensibility, supporting a much wider range of devices that can be directly connected to the Internet.

Back in 2015, Brazilian telecommunications agency Anatel announced that Internet operators would have to provide IPv6 addresses to consumers as part of a set of initiatives to move faster to the new standard.

Brazil now ranks 9th in the world for IPv6 adoption on the Internet, according to the National Union of Fixed and Mobile Telecom Companies (Sinditelebrasil). The entity says that the growth is due to the rapid deployment of the protocol by telecommunication providers, who have already adapted all of of their mobile networks to offer the IPv6 address.

Brazil is currently in the third phase of the policy elaborated by NIC.br, the body that oversees the distribution of Brazil's IPv4 and IPv6 addresses, to deal with the exhaustion of IPv4.