The city government of the Distrito Federal state, where Brazil's capital city Brasília is located, will be investing R$22m ($8.4m) of public resources in the expansion of its network of free Wi-Fi hotspots.

Some 96 free Wi-Fi locations are already in place through the initiative, around the central area of Brasília and each of the federal government campus. The project cost has reached R$18m ($6.9m) so far.

Mtel Tecnologia and Cisco are the main suppliers behind the project, which has also used some fiber optic infrastructure that was already in place at some of the government offices. It is expected that 220 areas with traffic of up to 30.000 people will be equipped with free Internet access, including metro stations and some suburban areas just outside Brasília. 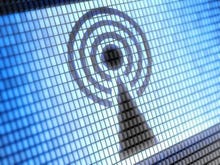 The Wi-Fi rollout is a stepping stone to the provision of public services online and in real-time, such as traffic monitoring, trash collection and the operation of public parking spaces.

Talks of rolling out public Wi-Fi in Brasília are not recent at all. Back in 2007, Izaci Gomes, then science and technology minister for the Distrito Federal state, said free web access would be offered to citizens by 2010, at a total cost of R$13m ($5m).

The project was left on the back burner, until Brasília was chosen as one of the World Cup host cities. After that, more defined timescales of the project were made public and more investment went towards in the provision of free Internet in the capital.