A revamped national broadband plan will be launched in the first half of 2015 with more government investment and the creation of "synergies" between the public and private sector to deliver improved Internet access services across the country.

The promise was made by the new Communications minister of president Dilma Rousseff's second term, Ricardo Berzoini. The minister told delegates at a public sector telecoms event that his team is currently working on a new plan to deliver quality broadband to the maximum amount of citizens at a lower cost and faster speeds.

According to Berzoini, the intention is to "create an environment where companies can invest larger sums of money and get medium and long-term paybacks." The new minister added that the government "will invest a large amount, given the need to increase the country's telecom infrastructure." This was one of president Rousseff's pledges during her presidential campaign last October. 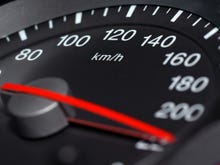 "We want to present something that the country will see as a real goal to be achieved within the next four years," the minister said. According to Berzoini, there are budgetary constraints, but the idea is to prioritize more strategic areas for improvement, without citing specifics.

The new Communications minister stressed that the new plan will maintain previous projects, such as the development of Brazil's first satellite - which aims to protect priviledged information that may impact on national security while boosting the broadband capacity of the country - and expand on original digital inclusion targets.

Berzoini did not give an indication of what the new targets might be, but the Rousseff government has failed to meet its existing goals in terms of digital inclusion: official numbers indicate that 2014 ended with 23 million households connected to the Internet, well below the originally intended 35 million.