By Angelica Mari for Brazil Tech | December 2, 2014 | Topic: IT Priorities

The Brazilian IT services industry has seen an increase of 8.7 percent in the period between the second half of 2013 and the first half of 2014, according to numbers released by analyst IDC.

The increase in comparison to the numbers of the previous 12 months comes as something of a surprise, given that 2014 was far from a smooth year for the local industry. 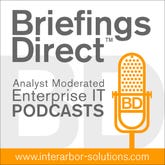 "Considering the economic instability, the inflation, the late Carnival, the World Cup and the uncertainties prompted by the election, [the IT services market] performed well," says IDC Brazil senior analyst, Renato Rosa.

According to IDC, the rush to make up for the disruption caused by the holidays and the World Cup meant that suppliers worked on their sales pipelines a lot sooner than usual and also increased their investment in automation tools.

"The Brazilian services industry has been growing about three to four times above the GDP, which shows the willingness of players to meet client demands," Rosa adds.

"The market continues to force price reduction, as well as more agility and the delivery of fast and innovative projects."

Another conclusion of the IDC study is that the health and agribusiness sectors led the pack in terms of interest and level of maturity of IT services contracts.

Despite the difficulties of 2014, the analyst firm remains upbeat for the near future of the Brazilian IT services industry: "After a period of political uncertainty, we believe that [Brazil] will have a very promising period ahead," says Rosa.

But expectations for the Brazilian IT market overall have been reduced to 6 percent since 2012 compared to historic growth of 10 percent, according to separate research by local firm IT Data.

According to the analyst, IT spending in the corporate space in Brazil has also been hit by factors such as the increase in the US dollar value, which has in turn affected the purchasing of products and services.

"We are seeing a situation where Brazilian CIOs are fighting internally to avoid further reduction of their budgets and also trying to put more pressure than ever on vendors to get more value for money," says Ivair Rodrigues, research director at IT Data.