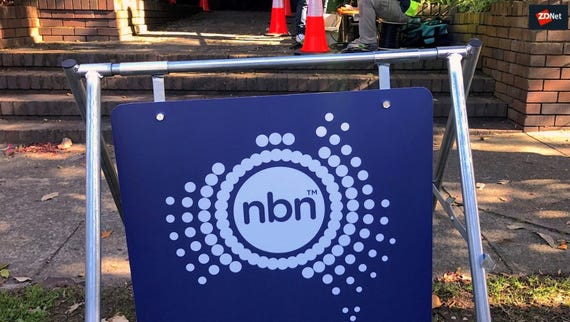 Among the new telco complaints-handling rules released by the Australian Communications and Media Authority (ACMA) on Thursday is the intention to publish a quarterly report on customer complaints, including which NBN technology the customer is on, which would introduce much-needed transparency in the sector.

"The key findings of our information-gathering exercise released in December 2017 highlighted that complaints-handling processes across the telecommunications industry are not transparent," the ACMA said in a discussion paper. "Specifically, there is a lack of visibility of the number of complaints CSPs receive and how well providers address them before they are escalated to the TIO."

The ACMA said it is yet to decide how the data will be published, but did provide a list of data that ISPs would need to report to it, including total numbers of services broken down by service type, and in the case of NBN services, whether the customer is on FttP, FttN, FttC, FttB, HFC, fixed wireless, or satellite.

Service providers with more than 30,000 customers across mobile, voice, and broadband services would be required to report to the ACMA. The authority said it would expect 97 percent of the industry to be covered by such a requirement.

As a result of interviewing 1,881 residential customers in November and December 2017, the ACMA released a snapshot of a larger report due later this year that said 4 percent of households had a period without internet or voice services prior to being connected to the NBN.

The ACMA said 65 percent of respondents were told a "technical issue with installation" was the reason for the disconnection period.

The rules proposed by the ACMA would see providers make complaint mechanisms available to users, and advise of a time frame for handling their complaint as soon as practicable. It would also see service providers limited to five working days for informing a disgruntled user of a complaint escalation process, informing a user in writing of being unable to resolve a complaint, and forcing providers to write to customers if they cannot get in contact with them for the same time period.

"Following consultation, the ACMA intends these rules to be in place by June," ACMA Chair Nerida O'Loughlin said in a statement.

"Telco customers deserve to have their complaints dealt with quickly and effectively. As industry co-regulation is proving ineffective in this area, we will put in place rules so that the ACMA can act more quickly to deal with non-compliance."

The release of the proposed rules was welcomed by the Telecommunications Industry Ombudsman and the Communications Alliance.

"Everyone wants residential consumers and small businesses to have the best possible experience when migrating to the NBN," Ombudsman Judi Jones said. "If a complaint does occur, the complaint process should support a productive outcome."

The Communications Alliance said smaller providers had concerns on the requirements the changes would bring, and said it would be a challenge to create a consistent and comparable data set of complaints.

"This is, in part, because service providers do not necessarily categorise the varying types of customer contacts -- including technical queries, complaints or other information requests -- in a uniform way," Communications Alliance CEO John Stanton said. "Separating, categorising and reporting on contacts from customers based on the specific NBN access technology that the customer is using might also present operational challenges.

"Also, customers are increasingly using self-help tools such as chatbots, online assistance and discussion forums to resolve issues, rather than contacting a call centre as a first option."

Submissions on the ACMA proposals are open until April 16.

Communications Minister Mitch Fifield said the rules would ensure ACMA was a "strong cop-on-the-beat" that would stop passing of complaints between NBN and the retailers, and would conduct research into modem quality, which could lead to technical standards, or a modem performance rating scheme.

Company releases new dashboard showing a number of metrics over the past year.

One third of households disconnected during NBN switch: ACMA

More than 10 percent of those without phone or internet service during the move to the NBN are without access for over a month.

Want the best chance of a fibre NBN connection? Move to croc country

In percentage terms, the mainland territories provide the best opportunity to get on the 'real' NBN.

New rules from Ofcom aim to add transparency to internet service performance before a user signs a contract.

Join Discussion for: Broken down by NBN technology: ACMA wants...