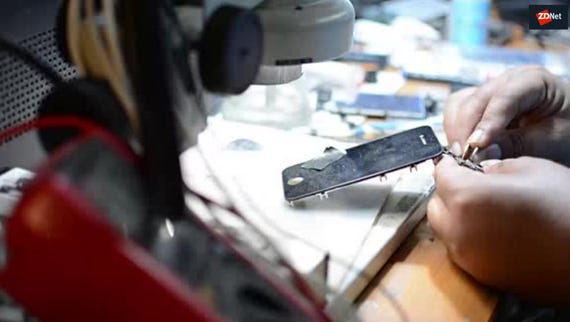 California will be the 18th state to propose a "Right to Repair" bill for electronics. It would require hardware manufacturers to make repair information, alongside equipment and service parts, available to product owners and independent repair shops.

California assemblywoman Susan Talamantes Eggman detailed the legislation that aims to give more users control over their gadgets. Instead of paying a high price to a manufacturer to fix an electronic, Eggman says some people are forced to prematurely upgrade when they should have other repair options.

"The Right to Repair Act will provide consumers with the freedom to have their electronic products and appliances fixed by a repair shop or service provider of their choice, a practice that was taken for granted a generation ago but is now becoming increasingly rare in a world of planned obsolescence," Eggman said in a statement.

Tech giants like Apple and Microsoft have pushed back at Right to Repair legislation, claiming they lock down device hardware and software to protect against IP theft. As EFF explains:

Further complication: the software may come with digital locks (aka Digital Rights Management [DRM] or Technical Protection Measures [TPMs]) supposedly designed to prevent unauthorized copying. And breaking those locks, even to do something simple and otherwise legal like tinkering with or fixing your own devices, means breaking the law, thanks to Section 1201 of the Digital Millennium Copyright Act.

And then there's manual lockdown, which happens when manufacturers refuse to publish crucial repair information (including the manuals themselves, but also things like diagnostic codes for cars) -- and then threaten to sue anyone else who tries to do so with a lawsuit for copyright infringement.

"Consumers are now being forced to go back to the manufacturer for even simple repairs or refurbishing, or to throw out the device and buy a new one," Maureen Mahoney, policy analyst for Consumers Union, said in a statement. "We look forward to working with Assemblymember Eggman to secure this important ownership right for consumers."

Join Discussion for: California to introduce "Right to Repair"...