Sony unveiled a huge selection of gadgets at CES 2012, ranging from a wrist-phone to a Crystal LED TV set. These included two high-end Android devices: the first Sony-branded mobile HD 12-megapixel cameraphone, and the Z1000 touch-screen MP3 player. Both appear to be aimed at people who find mass-market products like the iPhone and iPod Touch just a bit too common, and who value Sony's Japanese brand name over Samsung's Korean one.

The Sony Xperia S is touted as the first Sony-branded mobile but early versions were still badged Sony Ericsson. It's a thin, modern handset with three distinguishing features. First, it has (probably) the highest resolution you can get with Android: 1280 x 720 pixels on a 4.3-inch screen. This counts as HD, and is more than you get with current netbooks. Second, it has a 12MP autofocus camera, which uses Sony's own Exmor R technology. This will record "Full HD" (1080p) videos that you can play on a TV set via industry-standard DLNA. Third, it has a translucent acrylic indicator strip along the bottom. It's too early to say how that's going to work out….

Other features include 32GB of storage, GPS, Bluetooth and Wi-Fi, an HDMI port and NFC (still awaited for the iPhone), plus Bravia Sync for those with Sony TV sets. In addition, the Xperia S works with accessories such as the Smart Wireless Headset pro and SmartWatch. Both of these have small displays that will show incoming calls, text messages, calendar notifications and other information from the phone. 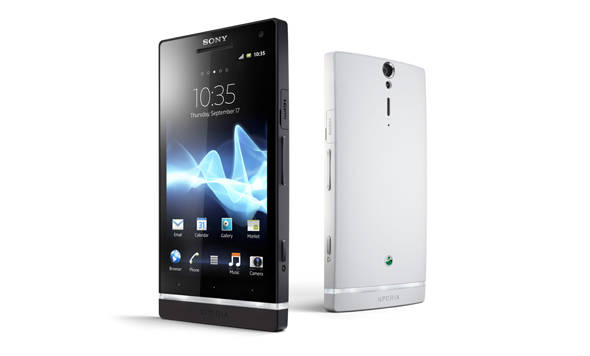 The Xperia S has a 1.5GHz Qualcomm Snapdragon processor running Android 2.3 (Gingerbread) in 1GB of memory, though Sony is promising an update to Ice Cream Sandwich later this year.

It will go on sale in the UK in March, though the price has yet to be announced.

There's also an Xperia ION version, which has a 4.6-inch screen and supports LTE. Sony says it will be available exclusively from AT&T in the USA. The Xperia S NX variant will be sold in Japan.

What is the best Pixel phone? Google's top phones compared