China has dismissed a U.S. congressman's comments in Brussels last week regarding Chinese cyberespionage as "ridiculous" and an attempt to "divert" global attention from his country's own spying program. 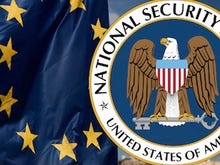 Speaking in Brussels on Sunday, where Chinese officials were addressing the European Union, a spokesperson slammed remarks made by U.S. Republican Mike Rogers to the European Parliament during his own visit to Brussels last week. Also the U.S. House Permanent Select Committee on Intelligence, Rogers had told reporters in Brusels that his thoughts on NSA whistleblower Edward Snowden were "not fit to print" and warned the European Parliament against inviting Snowden to address them.

Rogers added that EU discussions on US-led surveillance was aiding China to rob companies in their regions. "Because of this confusion and of this muddling of the debate, it has allowed the Chinese to absolutely steal us blind when it comes to intellectual property of European and American companies," he said, along with allegations that Chinese economic espionage had already cost the U.S. economy US$400 billion.

Dimissing his remarks, the Chinese diplomat in Brussels said in a Xinhua report: "Remarks of this kind are ridiculous. The PRISM issue has drawn worldwide attention. Its impact is worthy of rethinking.

"We hope relevant parties could take it seriously and address their own problems properly, rather than attempt to divert the concerns of the international community by making unprofessional and irresponsible accusations," the spokesperson said. "We oppose hacking and cyberattack of whatever form. We call upon the international community to actively conduct dialogue and cooperation in the spirit of mutual respect and mutual trust, and formulate international cyberspace code of conduct under the UN framework."

The Chinese official added that ongoing communication on cybersecurity collaboration between China and the U.S., as well as China and EU remain unimpeded.