Within weeks, Google could be rolling-out a built-in ad blocker in Chrome for the desktop and mobile, according to The Wall Street Journal.

The move would combat unacceptable ads, but could also give Google greater control over a growing ad-blocker market that's threatening its business model.

The Chrome ad blocker would be on by default in the desktop and mobile versions of its browser, according to the report. Chrome is used by over one billion people, and on the desktop it currently has about a 60 percent share globally, according to NetMarketShare.

While a Chrome native ad-blocker would seem at odds with Google's $60bn-a-year online ad business, Google intends to target ads that provide a bad user experience. Those ads could do more harm to its business model over the longer term if they spur the use of ad blockers.

Desktop usage grew 34 million year on year to 236 million. The main reason US consumers used an ad blocker is to prevent 'interruptive ads' and security fears, a PageFair survey found.

Google may roll-out the feature within weeks, according to the WSJ report, whose sources said that it would use industry group Coalition for Better Ads' ad standards to define what constitutes an unacceptable ad type. The group's members include Google, Facebook, News Corp, and The Washington Post, which requests users disable blockers to access the site.

The group's research with 25,000 consumers identified several ad types that are probably driving people to use ad blockers. The study identified four desktop ad types and eight mobile ad types that "fall beneath a threshold of consumer acceptability".

On mobile these included pop-up ads, ads that load before content and block the user from consuming the content they sought, and flashing ads. On desktop, it found that auto-playing video ads with sound fell below the threshold.

Google may implement the ad blocker in a way that pressures site operators to ensure ads displayed on their site meet the standards by blocking all ads on a site even if only some don't meet the standard for acceptability.

Given Chrome's dominance on the web, a built-in ad blocker would put Google in control of the ad-blocking market, which Google currently pays to be a part of via Adblock Plus maker Eyeo's Acceptable Ads program in return for allowing Google's ads to bypass its filter.

As noted by Ars Technica, an ad blocker in Chrome could create a conflict of interest for Google, given that it's highly unlikely to block its own ads.

Should Google proceed with the reported ad-blocking plans, it can expect more regulatory scrutiny in Europe. Responding to a question from the press, European Competition Commissioner Margrethe Vestager said: "We will follow this new feature and its effects closely."

VIDEO: Google to turn Chrome browser into an ad blocker 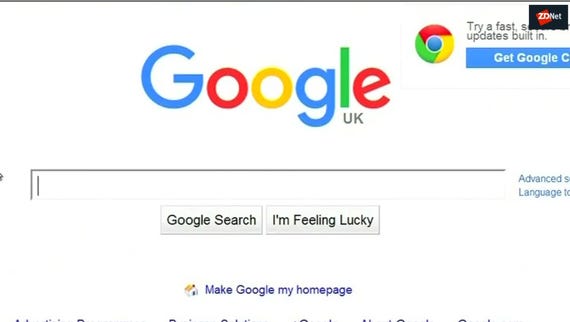