Full Bio
on December 2, 2019 | Topic: How Blockchain Will Disrupt Business 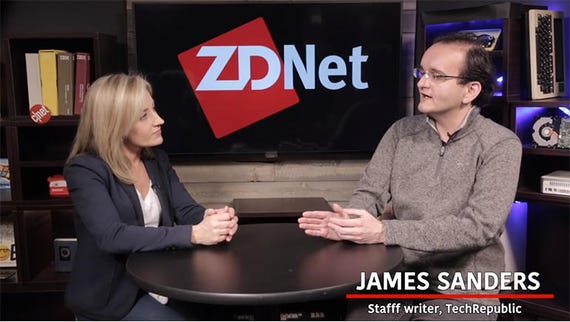 Blockchain is a technology that will improve how the enterprise does business -- at least for 92% of the tech leaders who responded to this month's TechRepublic CIO Jury poll.

As TechRepublic's James Sanders wrote in this month's special feature report, "Blockchain is a technology enabling the decentralized management of records in a permanent and verifiable way. By design, it is tamper proof -- each block contains a cryptographic hash of the previous block -- making retroactive editing of blocks impossible without altering every subsequent block in the chain. Because of the distributed control of the network, this is a practical impossibility."

Because of this, blockchain can be applied to virtually any industry. It can manage transaction records for traditional currencies, and it can be applied to other uses such as land registration, contracts, and federated social networking. The New York Times is even using it in a pilot project through IBM to label photographs in order to identify their origin and prevent 'fake news' from being spread.

We polled TechRepublic's CIO Jury of 12 tech leaders to learn more about what the enterprise thinks the future holds for blockchain. We asked, "Do you think blockchain will positively impact your industry within the next five years?" Eleven of our respondents said 'yes', and one said 'no'.

Emil Sayegh, CEO of Ntirety, a multi-cloud and hybrid cloud service company, said, "AI [artificial intelligence] and blockchain technologies are poised to meet and converge, enabled by the hybrid cloud. AI has proven its worth in real-world scenarios, and it's the perfect complement to blockchain, which is known for its limitation on scaling and somewhat less-than-real-time nature. Blockchain features immutable ledger benefits and a decentralized nature, so it only makes sense that AI has the potential (and destiny) to fill gaps, enhancing security within blockchain-based applications, scalability, and speed."

In the financial services industry, John Gracyalny, vice president of digital member services for Coast Central Credit Union, said, "I expect blockchain to have a significant impact on the financial services industry. While we have yet to see a killer app derived from blockchain at this time, there are a lot of very smart and capable tech leaders in the industry actively searching for ways to apply the enhanced security that blockchain provides. Security is second only to accuracy in maintaining our customers' trust."

The sole 'no' vote came from Steven Page, vice president of IT for marketing and digital banking for Safe America. He said, "I don't believe in the credit union industry will use DLT [Distributed Ledger Technology] within the next five years. The cost and implementation being a major factor. Eventually a version of blockchain will happen. Blockchain is in its infancy at the moment. To use this type of technology to enable ID, especially outside of the credit union, will take many players. Once scale happens, then we can leverage DLT. It will happen, just don't think we will see it within the next five years."

Craig Lurey, CTO and co-founder of Keeper Security, said, "Blockchain technology has the potential to positively impact both password security and cybersecurity as a whole, but it has significant issues that must be addressed before it can be implemented widely. One of these is recoverability of the 256-bit private keys that act as blockchain users' master passwords."

"When billionaire Matthew Mellon died suddenly, he took $500 million of his Ripple cryptocurrency investments to the grave with him because no-one knows where he stored the private keys to his crypto wallets. Imagine the repercussions if, instead of personal funds, this were a company's money, transactions, or records; the death of a CEO could mean the business shuts down. A system must be put in place to recover private keys in the event a user dies or is disabled, or even if the user simply loses their private key."

The construction industry shows potential for blockchain as well.

Dan Gallivan, director of IT for Payette, said one positive scenario he envisions is, "In a traditional AEC [Architecture, Engineering, Construction] contract, we as the architect are the prime contractor with subconsultants working under our contract with the owner. Blockchain would allow for an open ledger, legally bound in the contract, of payments received from the owner to the architect. This would allow the consultants to see what's been billed, received, and paid, and what remains outstanding.

"Same with construction, general contractors would have an open blockchain ledger of their invoices, payments that the subcontractors would see as to what's been received by the owner and what remains under the contract.  "This reduces fraud, duplicate payments, and is open for review. Extending this to municipal, state, and federal contracts would allow full disclosure to the public and hopefully result in a positive project execution, less wasteful spending, and reduce fraud."