Beyond a deluge of random connected devices and sensors popping every which way, so too have we been inundated with unfathomable data growth estimates thanks to the Internet of Things. 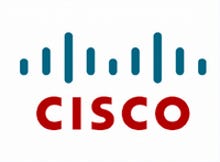 The latest forecast from Cisco takes things to almost incomprehensible proportions with the expectation that mobile data traffic worldwide is going to grow 10-fold within five years.

According to Cisco's annual Visual Networking Index published on Tuesday, researchers attributed the growth to the proliferation of the usual suspects: smartphones, tablets, and machine-to-machine (M2M) applications.

However, not all of the global mobile usage-related growth rates are quite as dramatic.

For instance, 88 percent of all global mobile data traffic was deemed "smart" traffic last year, defined to include a minimum of 3G connectivity paired with multimedia activities.

Furthermore, while not everyone is on a smartphone yet -- let alone online, not even close -- a solid mobile consumer base has been established.

Cisco counted 4.3 billion mobile device users worldwide in 2014, expecting that pool to grow to 5.2 billion by 2019. That translates to a rise from 59 percent of the world's population to 69 percent in four years from now.

Naturally, the platform expected to demonstrate the most radical growth is the one still in its infancy: wearable technology.

Expected to be more popular in North America and Asia/Pacific markets, Cisco analysts forecasted the wearables market will grow five-fold in five years from 109 million in 2014 to 578 million by 2019.

But while smart watches and fitness trackers garner more attention right now, Cisco highlighted other use cases that will likely fuel the M2M vertical further, such as GPS systems, utility meters, and surveillance video systems.

By 2019, mobile video alone is expected to account for 72 percent of global mobile data traffic, up from 55 percent in 2014.

Many more head-spinning numbers can be dissected from the report, available to the public online now.