IT services deals are getting smaller as companies use the challenging economic climate to strike tougher deals with tech vendors, while cloud computing continues to replace onsite IT infrastructure. 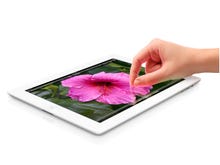 How the rise of the tablet sucked $40bn out of global IT spend Strong growth in tablets means there is less overall spending on PCs as people opt for the more portable, lighter, solution.

The value of IT services deals made worldwide in 2012 was down 10 percent, according to research from an IT consultancy firm published on Tuesday.

"The result is an already crowded marketplace competing for a shrinking volume of business," PAC analyst Dominic Trott told ZDNet. "The days of IT outsourcing 'mega deals' are long gone and have been replaced by multi-sourcing engagements. Consequently providers need to demonstrate excellence in one or more service areas."

Trott said the global trends PAC observed also reflect the situation in the UK. However, he warned deals for IT services in the UK are likely to have been hit even harder because of the government's IT spending cuts .

PAC claims buyers are negotiating more favourable rates with their suppliers in the current economic climate, with existing deals being cut by 30-40 percent when contracts are up for renewal.

Cloud is also influencing deals being made for IT services as public and hybrid cloud delivery models replace onsite infrastructure.

"The days of IT outsourcing 'mega deals' are long gone and have been replaced by multi-sourcing engagements" — Dominic Trott, PAC

"The cloud provider supplies the customer with access to an existing, shared-access service platform," said Trott. "This means the customer avoids the need to pay for the development and maintenance of the infrastructure architecture itself, which can be paid for 'on demand' via pay-per-use or agreements based on the number of users."

PAC also believe that outsourcing is becoming standard practice for large commercial organisations in the US and the UK.

"There will certainly continue to be a level of demand for big 'your mess for less' traditional infrastructure and legacy applications outsourcing deals, which play to the strengths of the tier-one suppliers," said PAC research director, Nick Mayes, in a statement.

Join Discussion for: Cloud and tough economy take a bite out of...