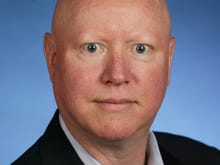 A lighter-weight form of virtualisation, containers sit on top of a single Linux instance and are each capable of running an isolated app on a reduced OS under a resources policy. Docker is an open-source project for automating app deployment inside containers.

The Bristol, UK-based company this week unveiled the first release of the software, Flocker 0.1, which it describes as a data volume manager and multi-host Docker cluster management tool.

It said Flocker allows databases, queues and other data stores to be accessed in Docker and yet moved around as easily as the rest of the application.

"You'll be able to deploy stateful services like databases, key-value stores and queues using Docker — with all the benefits that Docker deployment brings — without worrying about having your data locked up on local disks or a SAN," ClusterHQ CTO and co-founder Rob Haswell said in a blogpost.

The software includes straightforward Docker container management, simplified data-volume migration, and global routing, so a request for any container can be serviced on any node.

The app configuration defines which Docker images make up the application, while the deployment configuration describes where the containers should be deployed on the cluster, whether in a public or private cloud, on bare metal servers or a mix of all three.

"You can also specify which volumes your containers are using, and if you decide to move those containers, their volumes will be copied over as well," he said.

"With this easy-to-use functionality, devops engineers can finally deploy Docker containers with data volumes — without worrying about how to relocate those volumes later."

Haswell said new features and functionality for Flocker, which is available on GitHub under an Apache version 2.0 licence, will be announced over the coming months. There is also a tutorial for migrating MongoDB or PostgreSQL.