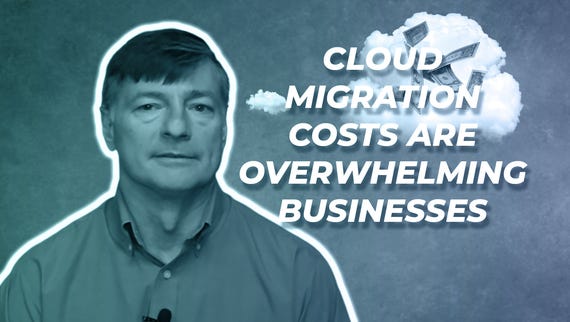 Cloud cost management is becoming a larger issue for enterprises and the move to containers may not be helping matters, according to a survey by Densify, which offers cloud resource management software.

The survey from Densify rhymes with a similar survey by Kentik. Here's the upshot from the Kentik and Densify, which surveyed 700 IT professionals:

Densify's survey connects the dots between containers and costs. Densify CEO Gerry Smith said about 40 percent of all companies are overspending on cloud services. "While containers are a tremendous means of developing and deploying applications, companies must properly provision cloud resources to meet application needs," said Smith.

The biggest issue is that cloud resources aren't being provisioned well for containers because there isn't the visibility to match the compute, container and app requirements. "There are not sufficient ways to know if the box is big enough or small enough and customers don't have the visibility on how it rolls up into the node," added Smith.

Key items from the Densify survey:

Join Discussion for: Containers may be leading to cloud computing...