Full Bio
on March 24, 2020 | Topic: Coronavirus: Business and technology in a pandemic 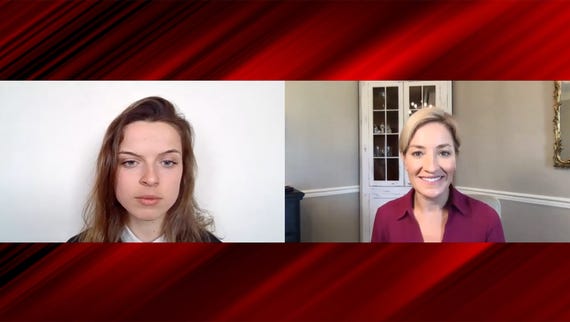 Coronavirus: No, the internet isn't collapsing because of all your extra traffic
Watch Now

The global coronavirus COVID-19 pandemic is forcing more employees to work from home everyday, and with each of us connecting to our household's router to carry out record numbers of Zoom calls, the pressure on broadband networks to support unprecedented demand for connectivity is building up.

Toss in daily WhatsApp calls to check in on relatives, and streaming and gaming by kids unexpectedly at home from school, and it is easy to see that network providers are facing, in most countries, a growing conundrum. Ensuring reliable access to connectivity, and for all users – including those who struggle to pay their bills – all the while supporting much busier online traffic than usual, might require some creative solutions from operators.

Comscore said that in-home data usage in the US has surged 18% from March 1 to March 17 compared to the same period a year ago. The usage has increased as schools close and people work from home. In-home data usage for connected TVs was up 27% in March from a year ago with smart speakers up 30% and phones up 34%.

A couple of weeks ago, five of Spain's major operators including Orange and Vodafone signed a letter warning that their networks could soon collapse due to a 40% spike in traffic through IP networks and 50% jump in voice calls, and urging users to use the internet more responsibly. In the same vein, Netflix has agreed to reduce its streaming bit rates across Europe to help keep internet traffic under control during the pandemic, as have Amazon, Apple TV+, Disney+ and Facebook.

The European Commissioner Thierry Breton even started a #SwitchToStandard hashtag on Twitter, to recommend using lower definitions when HD is not necessary in order to lower the pressure across networks.

In the UK, however, the tone is more reassuring. Rather than asking customers to refrain from using internet services, network providers have insisted that their infrastructure is capable of supporting the surge in demand. ISPA-UK, the organization that represents internet service providers, said that networks were already built for peak usage in the evenings, when users come back home and stream video and other content. The applications in demand outside of work, such as for gaming, social media scrolling and streaming, are much more data-intensive than work tools, which means that broadband networks should be prepared to cope with additional WFH use.

For example, while streaming gameplay through Twitch requires 3 to 6 Mbps, workers will would only need 1.5 Mbps to join a meeting with Zoom. What's more, the surge in traffic from workers now confined to their homes is likely to happen during office hours, which are typically ten times quieter than evening peaks – and can therefore accommodate a lot more demand.

James Barford, telecoms analyst at Enders Analysis, told ZDNet: "What has mostly happened so far is an increase in broadband usage during the day. So there are a lot more gigabytes going over the network, but they are doing so when the network wasn't busy, which makes it broadly manageable. I'm fairly confident that providers will be able to deal with this trend."

Network operators in the UK have reported significant jumps in traffic. Virgin has seen upstream traffic increase by up to 95% during daytime hours this week, while BT's chief technology and information officer Howard Watson said that weekday daytime demand was up 30-60%. Watson, however, maintained that daytime traffic peaked at 7.5Tb/s – not even half the record 17.5Tb/s that evening peaks have reached, and which he said the network can handle.

Vodafone is striking a similar tone. A spokesperson told ZDNet: "Our networks remain strong. We've enough headroom to meet growing demand and to keep the UK connected. We are seeing around a 30% increase in internet traffic over our fixed and mobile networks. Also, we've seen telephony traffic grow by more than 25% and mobile voice traffic increase by 42%."

It is worth noting that last week, Vodafone added extra capacity to its core fixed, broadband and mobile networks to cope with the surge in demand. The move is not, of course, unprecedented; the company's CEO Nick Jeffrey said that big spikes in data usage have been successfully supported in the past, with the latest example happening only last Christmas, when live streaming of football generated record levels of traffic.

Enders' analyst Barford said that although increasing capacity is nothing new for broadband providers, the speed at which they are required to do so in the face of a fast-spreading virus is a new challenge. "Providers have never seen anything like this before," he said. "They know how to increase capacity because capacity has been growing 30-40% a year over the past ten years. But growing 30-40% a month will be more challenging."

It is difficult to predict how consumption trends will change in the next few weeks, and therefore how network providers can prepare for the future. A Virgin Media spokesperson told ZDNet that a full assessment had been carried out and continuity plans put in place, while for now "any usage increase seen in the daytime, caused by more people working from home for example, will be catered for from our existing network capacity."

As the pandemic affects more industries and threatens jobs in all fields, however, there has been increasing focus on ensuring that connectivity is not only reliable, but that it is also accessible for all that need it – a challenge that is likely to only grow in the near future.

In a move to stop more vulnerable customers from being cut off from the internet, BT recently announced that it would remove all caps on home broadband plans, to provide users with unlimited data. Similarly, Virgin Media is giving 2.7 million pay monthly customers unlimited minutes to landlines and other mobile numbers, as well as 10GB data boost, at no extra cost, for a month.

Such efforts align with recent announcements from broadband providers in the US, equally prompted by the potential difficulties that customers will face to make ends meet – in a time when decent broadband is fast becoming a necessity. AT&T, for instance, said that it will be waiving data caps, and not enforcing late payment fees; while Verizon, in addition to waiving overage charges, promised to not terminate service or require late fees.

More than 550 US-based companies have pledged allegiance to the Keep Americans Connected Initiative, launched this week by the Federal Communications Commission (FCC), which asks broadband and telephone providers to "ensure that Americans do not lose their broadband or telephone connectivity as a result of those exceptional circumstances".

Some network operators, like Charter, have even gone one step further: the American company announced earlier this month that it would offer free spectrum broadband and Wi-Fi access for 60 days to student households that did not already have a broadband subscription.

Operators in the UK seem more reluctant to offer free broadband for parts of the population. It was reported that ISPA-UK was in early talks with the government about additional support measures, which could include providing free services. The organization's members, however, are understood to be resisting the proposition.

An ISPA spokesperson told ZDNet that the "number one priority" at the moment is to ensure that customers can access online services and that the performance of the network is maintained. The organization added that internet service providers are "looking at ways" to target support for vulnerable supporters.

For Barford, free connectivity is not necessarily the best way forward. "Coronavirus is enormously disruptive to the whole economy, and in some areas, exceptional measures have to be taken out of necessity – such as providing government support to furloughed workers," he said. "But you want to be doing that for the minimum part of the economy.

"If possible, you want people to carry on paying for their broadband in a normal way, and for telecom companies to keep paying their employees in a normal way. Money continues to flow in a way that it should."

According to Barford, measures such as lifting data caps, or setting up special terms for people who struggle to pay their bills, will be more fruitful efforts. "It's all about achieving what is possible to achieve in an extremely short period of time, rather than going for the ideal outcome," he said.

His position was echoed by Matt Evans, director of markets at tech industry body TechUK, who stressed that telecoms companies are currently working at pace to keep the economy going as much as possible throughout the COVID-19 pandemic. Providing free broadband, he told ZDNet, might seem like "a perfect solution for such a time", but he explained that cost is just one challenge, and not the biggest.

"Industry is currently focusing its efforts on ensuring that those who are connected can stay connected," said Evans. "This involves efforts from zero-rating NHS websites for mobile contracts, stopping customers from being disconnected due to non-payment to prioritising repairs, and services to vulnerable customers."

In the meantime, added Barford, there are lessons to be learned from the confusion that COVID-19 has already caused, and could cause in the next few weeks, for network operators. Namely, that the better solution lies in full-fibre broadband – a type of connectivity that only 10% of UK homes and businesses currently enjoy, which delivers higher download speeds and is much more reliable than copper-based broadband.

One of the issues that Barford forecasted for operators in the near future is the need to quickly fix the inevitable problems that will come up in the physical copper-based network, as larger numbers of people connect to their domestic broadband provider. A smoother, full-fibre broadband network, on the other hand, would make for a much more reliable solution.

"The current situation, if anything, emphasizes the need for full-fibre rollout in the UK," concluded Barford. "The advantage is not just speed; it's also resilience. Full-fibre has much fewer, and much easier to fix, network faults."

Join Discussion for: Coronavirus: How the internet is coping with...