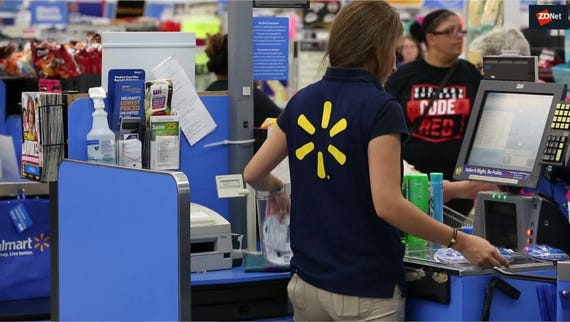 No, robots won't take your job -- just part of it
Watch Now

No, robots won't take your job -- just part of it

With robots vacuuming our floors, answering our phones, driving our cars, and detecting our cancers, you would hope that at least one of the most basic and essential of human activities that stopped us from aimlessly wandering in search of food -- that which gave birth to great civilizations along the banks of mighty rivers -- would be immune from their predations.

Yet, over the last month, a startup named Abundant Robotics has shot into prominence for doing just that: Ensuring that humanity is one step closer to seeing machines rule the world of farming.

In early May, it attracted $10 million in new investment led by Google's investment arm largely because its new, still-evolving robot is one step closer to taking over a $4 billion industry in the US that currently relies on humans to pick apples. In the fall of this year, these robots will apparently further perfect their trade in the state of Washington and become one step closer to commercialization.

According to its CEO Dan Steere, Abundant's apple-picking bots can detect apples by and large as accurately as humans can, and they're able to extract them from trees with an uncanny gentle precision.

Having a machine pick an apple out of a tree may not seem like such a big deal, but it is in fact supremely difficult to do. Bruise the fruit or drop it, and it instantly becomes destined for the trash heap and bleeds the company. Which is why the ability to detect an apple and then handle it like a newborn infant has only become recently possible because of the relatively new leaps in processing power, vision algorithms, and image processing.

Can these machines, though, be ultimately good for a human society already riddled with unemployment and vanishing jobs? Curiously, in California, a state that accounts for 60 percent of the US's fresh produce, but which has seen its labour force decline by 60 percent, the answer is a resounding "Yes." Tack on President Donald Trump's efforts to curtail immigration, and the scenario gets more dire (and the answer gets more emphatic), especially for the apple industry, which relies on the roughly 40,000 foreign work force that travels to the US during apple season.

Plus, when you consider that around 70 percent of the American population was involved in farming in the mid 1800s compared to 2 percent today, the increasing mechanization of this age-old occupation shouldn't come as such a big surprise. After all, many parts of the food chain are already comfortably mechanized. Cows regularly queue up to robotic milking machines to milk themselves. And where the work is slow and dangerous, such as spraying chemicals to kill weeds that infiltrate lettuce farms, low-cost bots have become an ideal substitute for humans with pesticide-filled backpacks.

Apparently, wine bots already navigate vineyards pruning vines, while others are in the works to monitor crops remotely for moisture, disease, and growth. Efforts are underway to grow cereal crops all the way from planting to harvesting without a human hand involved in the process.

As for apples, a major supplier to Tesco has apparently sunk close to $7 million into packing technology that has allowed it to increase the scope of its operations without adding human bodies, allowing 20 bags to be packed in a minute versus the previous rate of three -- a staggering increase in productivity, thanks to robots that bag the fruits and load them onto pallets. Of course, not all produce -- strawberries is one example -- can be brought under the dominion of machines, and doing so would require significant adaptation of both crops and bots to eliminate human intervention.

Ultimately, how quickly bots take over farming depends on makers of agricultural machinery --how keen are they to experiment and sink money into alternative, constantly evolving ways of harnessing machines to do their bidding? The answer apparently is not so much. Doing so would not just mean significant expenditure. It would also endanger their current revenue stream provided for by existing machines, which would be tantamount to biting the hand that feeds it.

Nevertheless, the fact that a burgeoning human population will require 50 percent more food by 2050 amidst a growing shortage of labour and severe climate change means that this is just the beginning of the march of machines onto your favourite cabbage patch.

Join Discussion for: Could apple-picking robots signal the end...