The conventional wisdom about personally leveraging the 'social' web has been the idea that  promoting your attributes and sharing ideas will make you more visible online, and therefore attract more business success or job offers.
Written by Oliver Marks, Contributor on July 18, 2011 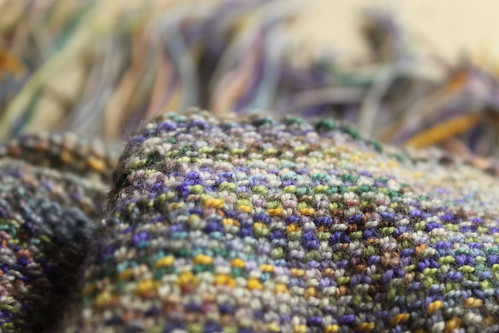 The conventional wisdom about personally leveraging the 'social' web has been the idea that  promoting your attributes and sharing ideas will make you more visible online, and therefore attract more business success or job offers. Now that we have hit mass understanding and use of tools that make it simple to publish online, have we reached a tipping point on greatly exceeding the Dunbar's Number and Bernard–Killworth academic concepts around the maximum number of people you can maintain stable social relationships with that were so fashionable in previous high tech fashion seasons?

More to the point, if you were considering hiring me to work full time in your company, how valuable (or damaging) would my online personality be in your decision making? The personal networks most human personality types are now able to spin up online are everywhere - but the sheer volume of connections may be putting too great a burden on our time and productivity in some circumstances.

Putting aside the consumer social web, where we can indulge ourselves by painting a flattering picture of ourselves on our own time through whatever online channels we chose, the business of working together more efficiently and sharing information is dominated by timeless concepts like 'time is money'.  Obviously if your job function is public relations or marketing then fostering connections and propagating information and marketing messaging through these channels makes business sense, but for those of us working inside business the shadow of inefficiency through the shiny object magpie glitter of the internet is never far away.

If you're working in an office with the same set of colleagues year in, year out familiarity can breed contempt and cliques can run deep, but these are the relationships where enterprise collaboration tools can really drive efficiency if you can get past any negative psychological barriers.

Craigslist went from a local San Francisco free small ads site to an international behemoth since its inception way back in 1995, scaling up the ideas the tiny and now archaic WELL and usenet 'virtual' community thinking had begun at the dawn of the internet era.

As Craigslist scaled up, the sheer volume of people involved fundamentally changed its user characteristics, with all manner of scammers taking advantage of users and the commercial value of the site having a serious negative impact on its more expensive print competitors. The social web is going through similar growth pains commercially and psychologically - although banner and email advertising still dwarfs marketing to you through social networks.

Where the 'cult of personality' world of consumer social networks at their worst can be full of needy people greedy for attention, anyone who has managed teams of people inside a company knows that we need to encourage the shy to find a voice and suppress the more bombastic and shrill over sharing voices in order to keep balance. Getting people to co-exist and work well together can require explicit  differentiation from the consumer egosphere and the public relations conceptual balloons constantly floating by from vendors.

Modern Enterprise 2.0 tools enable sophisticated interactions, but these underlying human barriers to collaboration can stymie greater collaboration without clear intent around actionable use cases. The 'everyone is talking but few are listening except to retweet for personal gain' world has permeated workstreams from Twitter to LinkedIn and beyond, but the sheer volume of these channels is causing many to get back to basics, particularly given how competitive the knowledge worker one upmanship rat race has become online within forums such as Twitter.

I believe we are rapidly reaching the end of this quantity over quality era: money loves quiet, and concentrated, accurate, limited circulation information is becoming ever more valuable as the signal to noise level becomes impossible to parse on the public internet ...and in some cases within large companies, although nothing like as inefficient as the email treadmills we seek relief from.

There was a great piece about the knitting enthusiasts site Ravelry earlier this month on Slate.com by Farhad Manjoo

Ravelry's success is evidence in favor of an argument that you often hear from Facebook's critics: A single giant social network is no fun. Social sites work better when they're smaller and bespoke, created to cater to a specific group. What makes Ravelry work so well is that, in addition to being a place to catch up with friends, it is also a boon to its users' favorite hobby—it helps people catalog their yarn, their favorite patterns, and the stuff they've made or plan on making. In other words, there is something to do there. And having something to do turns out to make an enormous difference in the way people interact with one another on the Web.

The cumulative knowledge effect within user communities like Ravelry often gets overlooked in the self promotional world of 'social media', which is sometimes closer to the home shopping network than an interlinked community of valuable personal connections. An effective enterprise collaboration environment will build out trusted connections, weak and strong ties and a growing body of knowledge within the confines of the business it serves based on context, just as Ravelry do for their users along with countless other specialist sites (metalmeet.com is another example, a technically basic vbulletin powered forums site that's chock full of accumulated value to that community).

The parallels with knitting together the collaboration and content management needs of modern enterprises are arguably closer to these communities than to the broader and typically more superficial worlds of our online social lives. If you were considering hiring me onto  to your internal team I'm assuming you'd value my ability to collaborate with my new colleagues over my skills at thinking through snarky oneliners on Twitter...

~ Image by Julie Chants: The Scarf of Many Colors 'My linen stitch scarf, with the stitches shown close up'.