Cyanogen has teamed up with app developer Boxer to create an email app for the next version of Cyanogen OS.

Cyanogen OS, the commercial cousin to the popular open source Android ROM CyanogenMod, is licensed by Cyanogen for devices such as the OnePlus One, Micromax's Yureka YU, and Alcatel's new OneTouch Hero 2+. 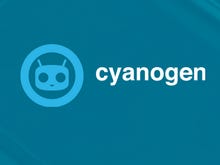 If your phone maker hasn't delivered Lollipop yet, CyanogenMod is about 85 percent ready with its version for dozens of handsets.

Cyanogen CEO Kirt McMaster has made no secret of the company's ambition to take control of Android away from Google, but to even begin such a transition, it still needs to find replacements for Google's core apps - including email. (Maps is another app that would need replacing - perhaps an opportunity for Nokia's HERE to step in?)

The Boxer-made Email app will fit the design theme of Cyanogen OS 12 and will include the usual features, such as a combined inbox, customisable controls, native support for Gmail labels, push notifications, and email conversation view, Boxer said.

Building on Cyanogen's reputation for customisation, the app will let users set their own left and right swipe actions, notification sounds, account colours for LED email notifications, and create custom inbox folders. They'll also be able to access Evernote, Box, Dropbox, Google Drive, and other apps from within the inbox and set task management features, such as a due date and priority levels for email.

"The level of customisation with the Boxer-powered Email app gives users more choice and customisation features when it comes to managing their email, tasks, and a host of productivity features," said David Herman, VP of product at Cyanogen.

The Cyanogen OS 12 update with the Boxer Email app is expected to roll out in the next few weeks, and will be available on any new smartphones that ship with the OS.

Cyanogen inked a partnership with Qualcomm at MWC earlier this month to deliver a Qualcomm reference design optimised for Cyanogen OS. The program is designed to streamline the rapid introduction of devices at lower development costs.