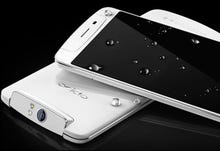 Oppo N1 rotating-camera smartphone goes on sale from 10 December Consumers in the US and Europe can buy Oppo's phablet pre-loaded with CyagenMod beginning next week.

CyanagenMod has released a new Screencast app through the Play Store beta channel that lets Android device owners capture a video recording of their screen.

Over the past few days, CyanagenMod has given Android device owners a number of reasons to install its Android 4.4 firmware build CM 11 — the latest being an app for CM 11 that lets users record their device's screen and audio from the mic.

The app was released yesterday by CyanagenMod developer Koushik Dutta, who notes that to install it, users will need to jump through a few hoops to gain access to the beta.

First, it only works if the device is running the CM 11 nightly build, which brings the latest version of Android to dozens of popular smartphones that are yet to be updated by their OEMs, such as the Galaxy S3, Google Nexus S and others.

They also need to join the CyanogenMod community and from there they can join the beta programme.

CyanogenMod has also made it simple to activate the screen recording feature, employing similar actions for taking a screengrab on Android devices: instead of holding the power button down and pressing volume down, the user needs to hold down power and press volume up.

In a demo of the feature in October that was due to ship with CM 10.2, Dutta highlighted an optional feature to show touches on the screen. The tool, he said, was to help developers create high quality video of their apps or to help users demonstrate bugs.

Also coming to Cyanogen Mod are built-in tools that will make it easier for devices running the firmware to support encrypted SMS and messaging based on the TextSecure protocol developed by Whisper Systems and its founder Moxie Marlinspike. Whisper System's TextSecure app is currently only available on iOS and Android.

Marlinspike explains that the TextSecure protocol will begin shipping "as part of the CyanogenMod OS-level SMS provider", meaning it should become available to the nearly 10 million users with some versions of CM installed.

The end result is that CM users can add encrypted messaging functionality to nearly any SMS application. "Your messages to other CM or TextSecure users (regardless of iOS or Android) will automatically be encrypted and secured. In the event your receiving party isn’t on CM or using TextSecure, the implementation will silently fall back to a normal SMS message (unencrypted)," CyanogenMod notes.

The integration is shipping with CM 10.2 and will join CM 11 after initial testing.