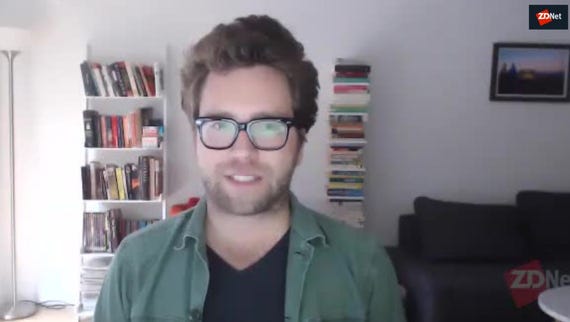 What business should learn from the EU's cyber war games

Defence ministers have taken part in a cyberwar game aimed at making Europe better prepared for a major cyber attack.

The 'EU Cybrid' cyber defence exercise took place as part of a meeting of European Union (EU) defence ministers in Tallinn. The scenario for the table-top wargame was a fictitious orchestrated cyber-attack against an EU-led military operation, involving both an EU headquarters in Rome and attacks on EU naval forces.

"The scope of the exercise is crisis response to a major offensive cyber campaign against EU military structures in a hybrid warfare context," said the European Defence Agency (EDA), which was one of the organisers of the exercise, along with the Estonian ministry of defence.

During the course of the exercise, which lasted for two hours, defence ministers were sent information about various attacks that shut down part of the EU's military structure, and had a limited amount of time to make decisions on how to react.

The objective of the session was to practice how ministers would respond to a cyber-attack against the EU's military organisations, and to help develop guidelines to be used in such a real-life crisis -- and to make ministers more aware of the potential effects of offensive cyber-campaigns.

"The cyber world and cyber threats do not recognise national boundaries or the barriers between organisations. It is therefore important to perform joint exercises of this kind, between European Union member states as well as the EU and NATO. We must exchange information and have a common understanding, in order to ensure improved preparedness for dealing with cyber threats," said Estonian Minister for Defence Jüri Luik.

While worries about cyber defence capabilities have been gradually rising up Europe's agenda, little effort has been devoted to determining how Europe would deal with a significant cyber-attack.

While some member states have cyber-defence (and cyber-offense) as a high priority, others have done little in this area -- even though cyber attacks and hybrid warfare (which combines cyber attacks and disinformation with the use of regular and irregular forces) have been common features of recent conflicts.

"Cyber, the fifth domain of warfare, must be given as much attention as land, air, sea and space. There is no 100 percent protection in cyber. It is imperative that EU defence ministers test their cyber defence mechanisms" said Jorge Domecq, chief executive of the EDA. "The buy-in of member states is key for the EU to have the necessary skills, technology and capabilities."

A number of cyber defence exercises -- such as the annual Locked Shields event, which also takes place in Tallinn -- focus on the technical responses to cyber attacks, but the EU Cybrid exercise is the first to involve politicians at such a senior level.