Do you want the best of the best Linux laptop this holiday season and price is no object? If that's you, then you want the Ubuntu Linux-powered Dell's XPS 13 Developer Edition laptop.
Written by Steven Vaughan-Nichols, Senior Contributing Editor on Dec. 12, 2018 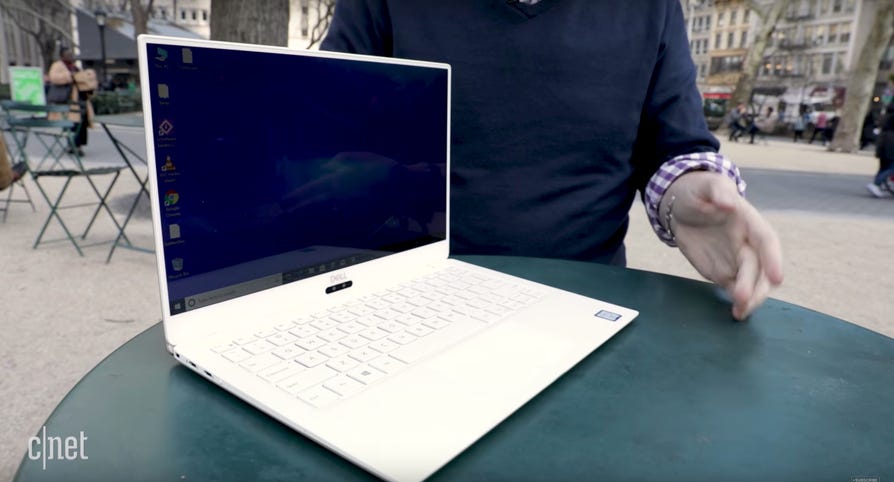 Usually, when I get review hardware in, it's not a big deal. It's like working in a candy shop. At first, it seems great ("All the candy I can eat!"). Then, you quickly get sick of dealing with the extra equipment.

But, every now and again, I get a really fine machine, like Dell's latest XPS 13 Developer Edition laptop. And I get excited again.

There's this persistent fake news story that you can't buy a computer with Linux pre-installed on it. It's nonsense. Dell has been selling Ubuntu-Linux powered computers since 2007. What's also true is that, Dell, like Linux-specific desktop companies such as System76, sells high-end systems like its Precision mobile workstations. At the top end of Dell's Ubuntu Linux line, you'll find the Dell XPS 13 Developer Edition laptops.

What makes it a "Developer Edition" besides the top-of-the-line hardware is its software configuration. Canonical, Ubuntu's parent company, and Dell worked together to certify Ubuntu 18.04 LTS on the XPS 13 9370. This worked flawlessly on my review system.

Now, Ubuntu runs without a hitch on almost any PC, but the XPS 13 was the first one I'd seen that comes with the option to automatically install the Canonical Livepatch Service. This Ubuntu Advantage Support package automatically installs critical kernel patches in such a way you won't need to reboot your system. With new Spectre and Meltdown bugs still appearing, you can count on more critical updates coming down the road.

The XPS 13's hardware is, in a word, impressive. My best of breed laptop came with an 8th-generation Intel Coffee Lake Core i7-8550U processor. This eight-core CPU runs at 4Ghz.

To see how all this hardware would really work for a developer, I ran the Phoronix Test Suite. This is a system benchmark, which focuses primarily on Linux. This system averaged 461.5 seconds to compile the 4.18 Linux kernel. For a laptop, those are darn good numbers.

When it comes to graphics, the XPS 13 uses an Intel UHD Graphics 620 chipset. This powers up a 13.3-inch 4K Ultra HD 3840 x 2160 InfinityEdge touch display. This is a lovely screen, but it has two annoyances.

First, when you boot-up, the font is tiny. This quickly changes, but it still can lead to a few seconds of screen squinting. The terminal font can also be on the small side. My solution to this was upscaling the display by using Settings > Devices > Displays menu and moving the Scale field from its default 200 percent to a more reasonable -- for me -- 220 percent. Your eyesight may vary.

The other problem is, while the thin bezels make the screen attractive, putting the video-cam at the bottom of the screen can lead to some rather unattractive, up-nose video-conferencing moments until you get used to this atypical cam positioning.

The keyboard with its large, responsive keys is a pleasure to use. When you're a programmer, that's always important. The trackpad is wide and responsive.

Thinking of battery life, when you're not working on the XPS 13, it's very aggressive about shutting things down. Even when you are giving it a workout, I saw a real-world battery life of about nine hours.

One neat feature the XPS 13 includes, which I wish all laptops had, is a battery power indicator on the console's left edge. You press a tiny button with your fingernail and up to five lights let you know how much juice you have left.

The XPS 13 has a trio of USB-C ports. If you, like me, have a host of older USB sticks and other devices, Dell kindly provides a USB-A to USB-C adapter. It also has an audio jack and a MicroSD card reader. Two of the USB-C ports support Thunderbolt, while the other one supports PowerShare. The latter enables you to charge devices from your laptop. In my case, I could charge up my Google Pixel 2 phone

All this comes in a package that weighs in at a smidge over two-and-a-half pounds. This is a full-powered laptop that's comparable in size to a small Chromebook.

While my all-time favorite laptop remains my maxed-out Linux-enabled Pixelbook, the new Dell XPS 13 comes a close second. If you want a great Linux laptop, this one demands your attention.

Besides, don't you owe yourself a holiday present for next year's development work? Sure you do!

The 5 best laptop cooling pads: Stop overheating and chill out

The 5 best laptop cooling pads: Stop overheating and chill out