The Netherlands' Supreme Court has ruled that the country's government can continue using data collected by foreign intelligence agencies, even if the information in question was gathered in violation of Dutch law. 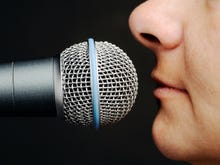 Dutch intelligence is a joke - just not the way you think

When the Netherlands' intelligence agency took to Twitter to answer questions from Dutch citizens, hilarity really did ensue.

A coalition of organisations and citizens had brought a case against the state in an effort to force it to destroy the illegally obtained data. The coalition — which includes lawyers, journalists, and privacy groups — felt that it was unjustifiable for the Dutch government to use information received from agencies such as the US intelligence organisation, the NSA, while being aware that the information was obtained through methods deemed illegal in the Netherlands.

However, according to the court, a situation in which the intelligence agencies are no longer allowed to cooperate with foreign colleagues because "they are not familiar with their work methods and because there is a risk that the information received has been obtained using a method that is illegal in the Netherlands" is undesirable and even unthinkable. Only in individual cases can the use of illegally obtained foreign information be considered to violate privacy.

The Dutch parliament is, however, working on proposal for changes to legislation that would give the government permission to conduct so-called untargeted interception. It's not yet known when the proposals will be published.

Although the coalition of organisations effectively lost the case, they did not go home empty-handed. In February of this year, the parliament — concerned it may have to disclose the information in court — admitted that data on 1.8 million phone conversations that ended up in the hands of the NSA was, in fact, not gathered by the US agency itself but by its Dutch counterparts, which had subsequently shared it. Up to that point, the government had insisted that the information had been gathered by the NSA.

Read more from the Netherlands

Join Discussion for: Dutch government can use spy data gathered...