"Everything that you send through the Wi-Fi is potentially at risk."

That's the message from Europol's cybercrime chief Troeis Oerting, talking to the BBC News over the weekend about public Internet hotspot security, and how a little common sense can go a long, long way. 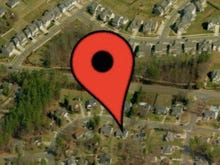 Insecure and free public Wi-Fi hotspots are increasingly being used by hackers to steal data, according to Oerting, at a time when the European police force continues its work with a number of member states amid a growing number of attacks.

He told BBC's Click show that there has been an increase in the "misuse" of public Wi-Fi in order to steal information, identities, and passwords — and ultimately money — from unsuspecting users logging into their bank from their local Starbucks.

A sprinkling of common sense should be applied when dealing with the most sensitive of data, such as online bank and email accounts.

Most wireless routers provided to home users and business customers are secured with WPA/WPA2 or enterprise-grade encryption, making it nigh on impossible to steal data. But everything that flows across unsecured wireless waves in your local coffee shop can be "sniffed" and collected by hackers, which can aid the unauthorized access into your private lives.

The better-known techniques include hackers setting up fake wireless hotspots and tricking customers into connecting, allowing the hacker to conduct man-in-the-middle (MITM) attacks between websites and the user.

This was one of the "attacks" conducted by one security researcher who breached the European Parliament's public wireless network late last year , which led to some staff mailboxes being compromised.