Don't be too surprised that the government can read your emails. What you might not know is that it can readily read most of your inbox without a warrant. 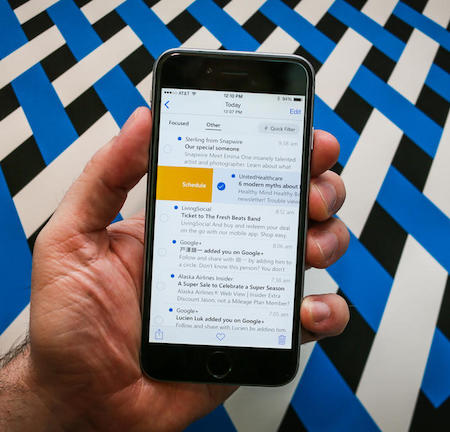 Because of a 1980's law that almost pre-dates email in its modern form, in most cases the government doesn't need a warrant to access your email if it's older than six months.

The Electronic Communications Privacy Act (ECPA), signed into law in 1986, permits this kind of access with a subpoena, which doesn't require a judge.

Anything under that six-month period still requires a warrant. But every email you sent last year and earlier can be read at will.

The good news is that some companies -- like Google -- proactively demand to see a warrant before they turn anything over.

But that's not enough for Congress, which wants to push this into law for good.

Hundreds of lawmakers are calling for change. More than two-thirds of the House of Representatives are backing a bill, dubbed the Email Privacy Act, which aims to reform the decades-old law.

On Tuesday, after months of waiting for the House Judiciary Committee to pick up the draft bill, committee chairman Bob Goodlatte (R-VA, 6th) held a hearing to debate whether to pick up the proposal.

"While technology has undoubtedly outpaced the law in the last three decades, the purpose of the law remains steadfast," said Goodlatte in remarks, adding that he "supports" the core of the draft bill.

Just a few minutes after the first NSA leak was published, the phones of US lawmakers began to buzz, hours before most of America would find out over their morning coffee.

Federal agencies who heavily rely on keeping the old and outdated ECPA law intact are not pleased.

The Securities and Exchange Commission (SEC), which regulates the banks and financial institutions, cannot issue warrants but instead issues subpoenas for emails and messages older than six-months. The agency has been accused of standing in the way of meaningful legislative reform in order to keep its somewhat limited powers.

The bill as it stands today would almost certainly pass if it headed to a House vote.

A Senate version has been read twice and was referred to the Senate Judiciary Committee, chaired by Sen. Chuck Grassley (R-IA), earlier this year.

Apple, Google, and Yahoo have said they support the proposed law.

Privacy groups, including the American Civil Liberties Union, and the Center for Democracy & Technology, also support the reform effort.

Join Discussion for: Feds don't need a warrant to read your emails....