The developer of the Facebook app for iPhone has quit the project in a protest of Apple's review process. Apple needs to lift the App Store kimono a little or risk losing other top talent.
Written by Jason D. O'Grady, Contributor on Nov. 12, 2009 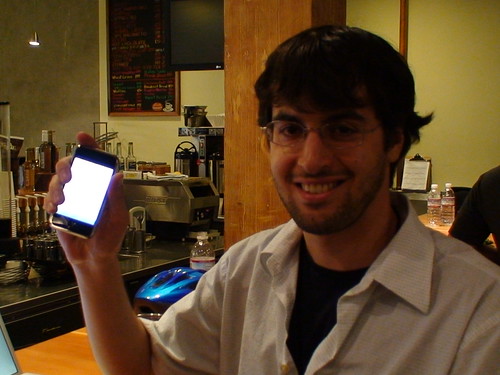 Joe Hewitt is mad and he's doing something about it. He's stopping developing his immensely popular FaceBook iPhone App in protest. TechCrunch reports that Hewitt tweeted that he’s done with the project:

Time for me to try something new. I’ve handed the Facebook iPhone app off to another engineer, and I’m onto a new project.

My decision to stop iPhone development has had everything to do with Apple’s policies. I respect their right to manage their platform however they want, however I am philosophically opposed to the existence of their review process. I am very concerned that they are setting a horrible precedent for other software platforms, and soon gatekeepers will start infesting the lives of every software developer.

The web is still unrestricted and free, and so I am returning to my roots as a web developer. In the long term, I would like to be able to say that I helped to make the web the best mobile platform available, rather than being part of the transition to a world where every developer must go through a middleman to get their software in the hands of users.”

I'm with Hewitt. Apple's app review process borders on insane, doesn't scale well and is about as opaque as can be. Although Apple's new status tracker for developers is a step in the right direction, it's not much. The App Store review process needs to be reformed if it's going to maintain its aggressive growth. A bunch of pissed off developers aren't going to help.

The free Facebook app has over 500,000 reviews and is a flagship app that's visible in many Apple television commercials.