Facebook and Instagram were both offline on Tuesday morning in the UK for about an hour, but the social network says the disruption was not caused by hackers.

Speculation over the cause of the outage immediately turned to hackers after a tweet from hacking group Lizard Squad which read: "Facebook, Instagram, Tinder, AIM, Hipchat #offline #LizardSquad." 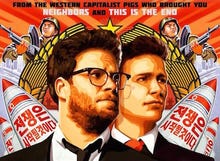 The group also claimed responsibility yesterday for an attack on Malaysia Airlines' website and was reportedly behind the outages to Sony's PlayStation Network and Microsoft's Xbox Live over Christmas.

However Facebook has issued a statement to TechCrunch denying the outage was caused by outsiders and explaining it was an internal issue.

"This was not the result of a third-party attack but instead occurred after we introduced a change that affected our configuration systems," Facebook said.

As per the note to developers, Facebook and Instagram API servers were also down, causing a knock-on effect for apps that rely on Facebook's APIs. As for the other sites that were down, such as dating site Tinder and chat app AIM, their outage appeared to be linked to signing on with Facebook.

According to one security expert, Facebook's quick admission that its own engineers were responsible for the outage demonstrates how edgy businesses have become about cyberattacks, especially when they impact key communications networks.

"It is a sign of the nervousness caused by the growing number successful cyberattacks on major online brands that Facebook quickly issued a denial that the incident was a cyberattack. It's better to attempt a cock up by their own staff than blame it on an outside group," said Alan Woodward, a professor in the department of computing at the University of Surrey who specialises in computer security.

"Perhaps one of the most extraordinary aspects of this 40 minute outage is the panic it appeared to cause amongst its users. Other social media was almost immediately full of users openly wondering how they would manage without access to Facebook. It is almost as if social media has become a part of our critical infrastructure but hopefully people will realise that it is just a social network," he said.

Join Discussion for: Facebook outage: It was us, not hackers,...