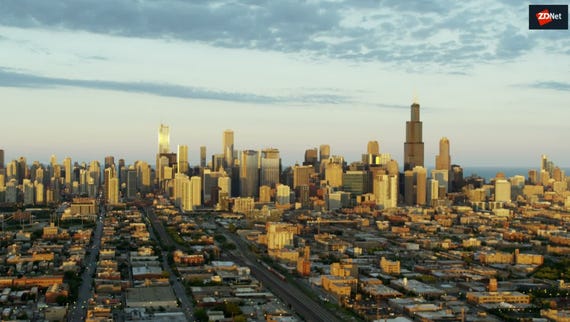 Facebook and Qualcomm have announced a new partnership designed to promote 60GHz networking in urban areas.

On Monday, the tech giants said that at the core of the scheme is Facebook's Terragraph technology; a millimeter-wave, multi-node wireless backhaul system.

Major cities do not necessarily offer better Internet access than less populated areas. As user numbers increase, so does the use of available spectrum, and if networks cannot cope with demand this can result in bottlenecks, congestion, and slow speeds.

Terragraph comes in to bridge the gap by utilizing unlicensed 60GHz spectrum to reduce congestion and improve Internet connection services. According to the firms, this can improve the general quality of connections at a "fraction of the cost" of fiber deployments.

US chipmaker Qualcomm is bringing the hardware and backbone infrastructure to the partnership. The company intends to integrate its QCA6438 and QCA6428 family of pre-802.11ay chipsets with Terragraph.

The tech giant says that the new enhancements should also improve time to market and reduce the cost of production to manufacturers.

In turn, Internet Service Providers (IDPs) and manufacturers should be able to quickly develop and offer high-speed Internet services, including Fixed Wireless Access (FWA) systems, based on 60GHz mmWave and spectrum resources.

Facebook and Qualcomm expect trials of integrated Terragraph solutions to begin in mid-2019.

In February, Facebook and the Telecom Infra Project (TIP) announced a series of new projects designed to tackle poor or non-existent Internet connections in rural and underserved areas.

The schemes include the expansion of Terragraph through two pilot programmes in Europe and Budapest, as well as test deployment in Kuala Lumpur. Facebook has previously worked with Intel and Radwin on reference designs for 60GHz Internet connectivity solutions.

According to the organizations, approximately 3.8 billion people worldwide still have no access to the Internet.