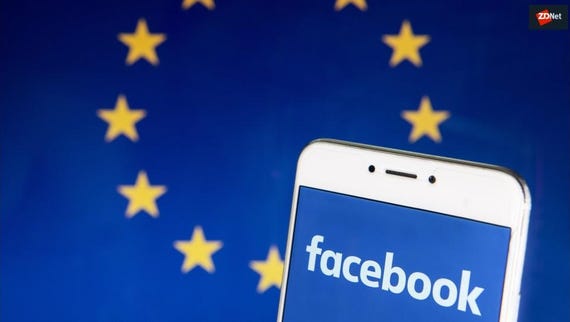 There will, or would have been, a business deal in place between Facebook and Huawei to allow the latter to pre-install these applications on its smartphone models.

This may not appear to be an all-important decision on Facebook's part, however, by withdrawing permission for Huawei to do so, Facebook has displayed a lack of trust in the Chinese firm and has contributed to a growing number of tech giants turning their back to Huawei.

While users will still be able to access Google Play and download these popular apps -- at least, for now -- Huawei will not be able to load the apps out of the box. Current users do not need to worry as their access to these apps is not restricted and they will continue to receive updates.

As reported by the publication, Google apps and services will be available for current Huawei phones, "including those which have not yet shipped or even been built," but when it comes to Facebook, the trade ban has been interpreted in a different way and applies to "any Huawei phone that has not yet left the factory."

The issue stems from a US trade ban, implemented this year, which prevents US firms from exporting technology products and software to Huawei on the grounds of national security.

TechRepublic: Top 10 developer skills you need to work at Facebook

After the news broke, Google limited Huawei's access to Android updates. Future Android-based devices will not be able to access services including Google Play Store or Gmail and it is possible that unless these limitations are removed, the company will be forced to create its own homebrew operating system.

There is time to find a resolution, given the US government's reprieve until August, but Huawei's future is uncertain.

Huawei is currently the second-largest smartphone maker in the world. According to Gartner, the company enjoyed year-over-year growth of 44.5 percent and smartphone sales totaling 58.4 million units in Q1 2019.

However, given Huawei's precarious political position, the research agency believes that the firm may lose market share to rivals including Samsung and Apple in the future, given Huawei's reliance on Android and its popularity with international customers.

These same customers which make up a substantial portion of Huawei's profit may be reluctant to purchase devices from the company, given the uncertainty and the fact that there is no guarantee that Android will be installed on these handsets in the future.

ZDNet has reached out to Huawei and will update if we hear back.