Full Bio
Posted in Between the Lines on April 6, 2018 | Topic: Security 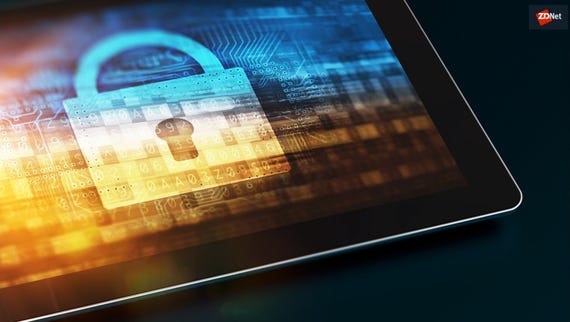 Five things you need to know about GDPR
Watch Now

Facebook CEO Mark Zuckerberg hit up the media on Wednesday to recount the company's data privacy issues, take responsibility and yet still note that users agreed to share data via the terms of service agreement. Facebook operating chief Sheryl Sandberg followed up a day later and noted that the company "underinvested" in safety, but the real kicker is that the executive noted Europe was ahead on the data privacy issue.

Toss in your daily Cambridge Analytica story, Facebook's continual tweaks to its settings and data sharing and the looming General Data Protection Act in the EU and it's clear that the wild west market that revolves around your data is going to change.

Sandberg also said to Bloomberg that some advertisers on Facebook have hit pause. So now there's financial incentive to change.

Simply put, there's no choice but to change. And don't lose sight of the big picture. However the Facebook kerfuffle shakes out how customer data is managed, controlled and shared will have an impact on every business. Why? Every business ultimately is its customer data.

Here are some moving parts to ponder:

Europe will regulate the world when it comes to privacy and data sharing. GDPR is an EU regulation, but every multinational has to apply. There's a race to comply by May 25--that's what Facebook's privacy setting changes are really about--but there's enough vagueness in the regulation to ensure companies will be tweaking well beyond the deadline.

The U.S. won't lead in data privacy at all. Sure, Congress will skewer Zuckerberg next week, but in the end little will change legislatively. Are consumers really motivated enough to march for data privacy rights? No. We'll continue to share everything, be manipulated and be happy about our hit of Facebook dope.

Industries most affected by the shift in the data privacy winds will rely on advertising. Note how Google, which has a lot on you, but isn't nearly as personal as Facebook, has been quiet. This shift will open up more advertising opportunities for Amazon as well as Apple.

CXOs will need to play this Facebook hubbub forward to plan ahead for what may happen with their companies. Facebook is just the best known company when it comes to sharing consumer data. What about all those data markets not to mention massive companies that touch almost entire populations? Customer data used to be a potential revenue giant. Now the liability balance has tipped a bit.

How will this data scrum play out? Some possibilities:

It's going to be a fascinating run on the data privacy front. Facebook just handled the first volley.